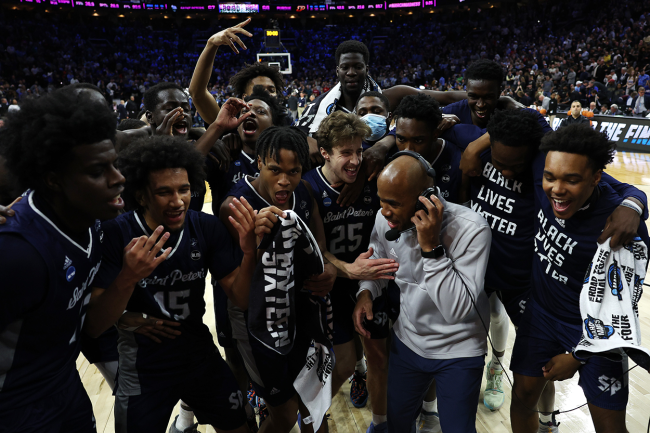 Saint Peter’s University is the greatest Cinderella story of all-time. The Peacocks became the first 15-seed in history to make the Elite Eight by beating Purdue on Friday and they have officially cemented themselves as the best underdog in March Madness history.

There have been a lot of Cinderellas throughout the years. In each instance, the school making the run saw a significant increase in recognition.

Nobody really knew anything about Florida Gulf Coast prior to ‘Dunk City.’ Butler went from a relevant mid-major to a consistent contender after making back-to-back national championships. George Mason was hardly the name that it is today before beating Villanova.

Should the trend continue, interest around Saint Peter’s already has and is going to continue to skyrocket. If history is to repeat itself, the small Jesuit university in Jersey City is about to see a significant influx of applications.

Saint Peter’s currently has a total enrollment of 3,400, with 2,600 undergraduates.

If the school is able to take on the growth, history says that the university it is likely about to expand.

There is a direct correlation between success in athletics, admissions and university budgets. When a team is good, or makes a miraculous March Madness run, interest increases, which leads to greater admissions and ultimately more money to build new buildings and expand.

After most people would not have known the first thing about Saint Peter’s just two weeks ago, the school is now the only thing that anyone is talking about. Should things continue as they have in the past, the school is set to see a massive applications bump.