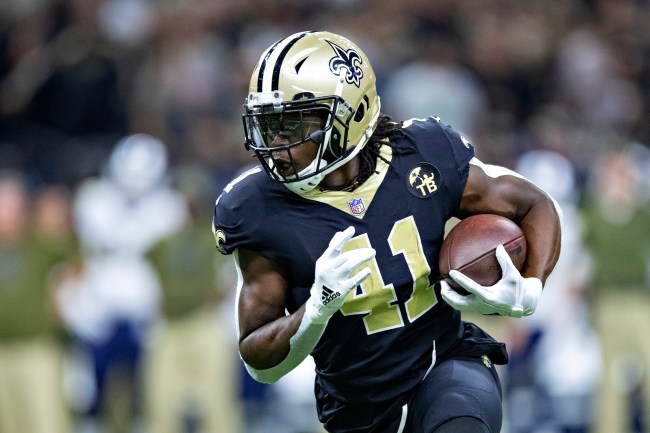 There’s some bad news for Saints fans this week.

According to Saints beat writer Nick Underhill, Kamara is in the process of confirming a positive Covid-19 test in hopes that it’s a false positive.

Alvin Kamara did not practice today. He was waiting for confirmation on a COVID-19 test after having a positive test, according to a source.

There is a possibility that Kamara may be forced out next week if the team hosts a wildcard playoff game.

#Saints star RB Alvin Kamara is awaiting results of another COVID-19 test as part of the normal process after an initial positive test, per source. If confirmed, Kamara would be out for Sunday’s game against the #Panthers — and most likely a possible wild-card playoff game, too.

The Saints still have a shot at getting a playoff bye on Sunday. For that to happen the Saints need a win, a Green Bay loss and a Seattle win to clinch the No. 1 seed and a bye in the playoffs.

Saints’ RB Alvin Kamara tested positive again and will be placed on Reserve/COVID, per source. He’s out Sunday and now the question will be whether he reruns for the first playoff game.