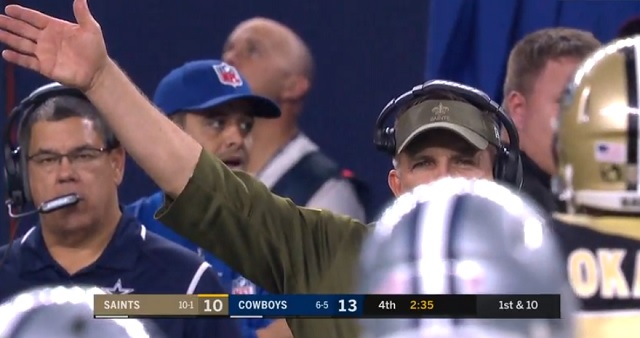 Last night, the Dallas Cowboys defense absolutely locked down the Saints high-powered offense and only allowed 10 points from one of the highest scoring teams in the league.

After the game, Saints fans pointed out that Cowboys staffer standing on the Saints sideline was holding a cellphone which is illegal in the NFL.

If you look closely it looks like the coach is holding an IPhone in his hand. 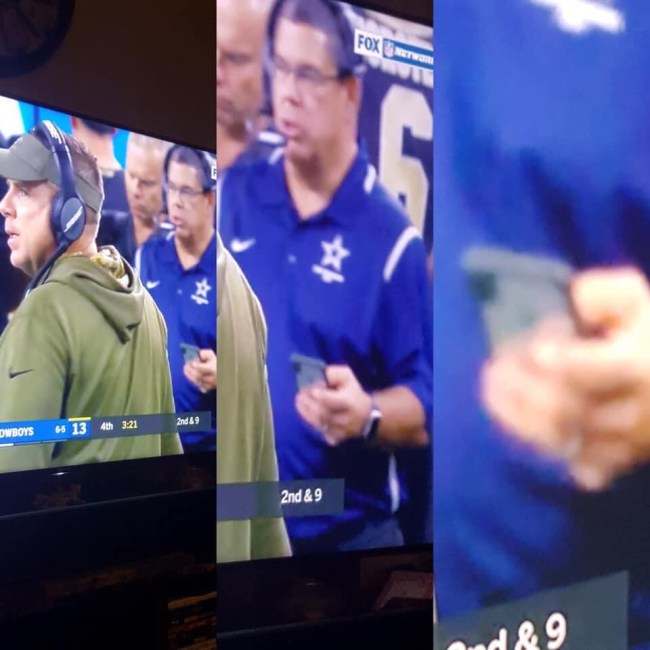 Of course Saints fans were irate.

Riddle me this Baldy. The L meant less to the Saints than the W to Dallas.🤷🏾‍♂️So what is the cell phone for when you have a headset and mic? Not to mention why is he behind Payton?🤨 pic.twitter.com/jGGMlDUaek

What in the hell is a man in Cowboys’ gear, with a cell phone and a headset, doing on the Saints’ sideline behind their head coach? @NFL @Saints @nflnetwork #SaintsCowboys pic.twitter.com/aTeOMjvxlm

@DoIt4Cannon He’s texting over our plays. That’s no way to win. Shame.

One reporter pointed out that certain staffers are approved to use cellphones on the sideline.

For those asking about the #Cowboys staffer that had a cell phone: Members of the athletic training staff are permitted to cell phones or similar devices to communicate player injury information, but may not communicate competitive or strategic information.

Now, I don't know who that individual is. Simply pointing out that just because there was a phone present doesn't mean the #Saints were having their playcalls stolen.

It’s still a mystery as to who the man is on the sideline but I’m sure we’ll find out soon enough.