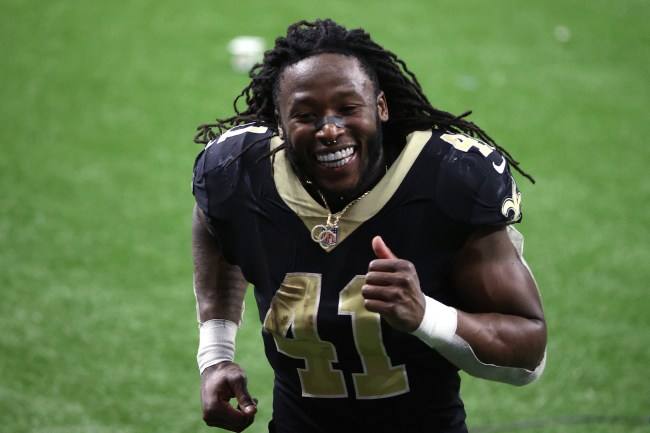 On Monday, Kamara revealed that he had recently bought a house in Montana and was learning how to snowboard while he was out there.

Ok so I been breathing Montana air for a few hours.. and I juhh wanna say. I bought a house. I live in Montana now. Leave me alone.

Update: I can snowboard my ass off 🕺🏾

Kamara then went on to post several videos of himself crashing while snowboarding which instantly led to Saints fans freaking out.

Tryna be cute and shit….😭😂😂😂😂😂 pic.twitter.com/eiprCuIqtS

Then I said you know what… I am cute… but then God said sit yo stupid ass down 😭😂😂😂🏂 pic.twitter.com/CUGJaazvOt

Aite so basically…. don’t invite me nowhere unless there’s snow there. And don’t talk to me unless you live in Montana 😂😂 nahh but really, day 1 and i already got an x games invite 🤷🏾‍♂️🏂 pic.twitter.com/YJFNDWmYBl

Saints fans proceeded to beg Kamara to stop snowboarding before something bad happens.

on behalf of the entire city of new orleans: go sit down somewhere before you hurt yourself sir https://t.co/h6IvBarVFS

He better not injure himself before football season starts again >;o https://t.co/duvH3XF2r3