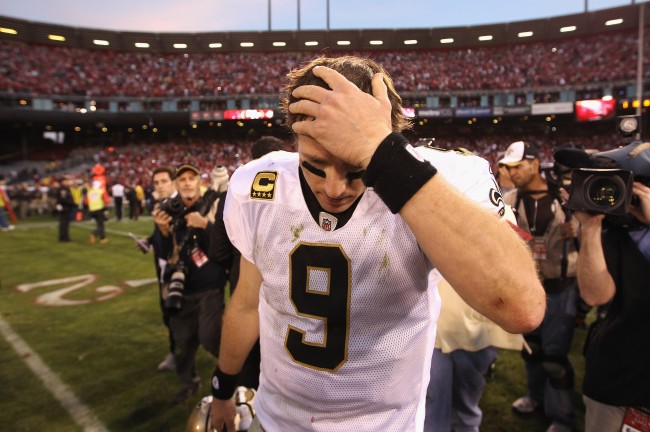 It appears that Saints fans are also fed up with Drew Brees.

On Wednesday during an interview with Yahoo Finance Brees caught a ton of backlash when he said NFL players who kneel during the anthem to protest police brutality are “disrespecting the flag”.

Several of Brees’ teammates have called him out on social media but it seems like fans are turning on him too.

Several hours after Brees’ comments, videos of Saints burning their Brees jerseys started popping up on Twitter and Facebook.

People in NOLA are burning @drewbrees Jersey is probably the most significant sign (EVER) that black people are tired, feed up and will no longer tolerate racism and discrimination anymore. #GeorgeFloyd #takeobamalive #protest #blacklivesmatter pic.twitter.com/xSPXHjePkF

Brees is going to have to make good to the local fans and his teammates before the start of the season.

I reached out to some Saints players about QB Drew Brees’ comments, many don’t want to give quotes to the media at this time. I’m told there is a plan for a team meeting to discuss this “in-house”