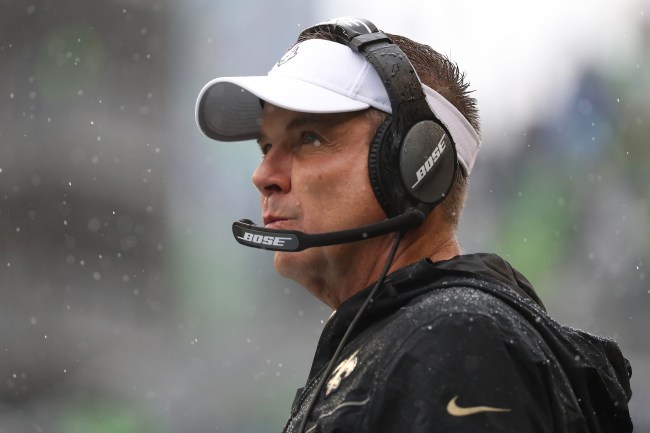 Back in 2017, the New Orleans Saints were apparently seriously considered drafting Patrick Mahomes before the Kansas City Chiefs swooped in and traded up for him.

On Wednesday, Saints head coach Sean Payton went on “Good Morning Football” and told the story of he scouted Mahomes and felt he was the best college quarterback he had ever evaluated. According to Payton the Saints were deciding between drafting Mahomes or Marshon Lattimore before the Chiefs moved ahead of them in the draft.

Sean Payton will never forget that the Chiefs jumped them to get Mahomes: “He was the best college QB I’ve ever evaluated.” pic.twitter.com/tzmhASHzri

“Yeah, we spent a full day on that campus,” “We came away from there, like, just blown away. Impressed. I know I made the comment that [Mahomes] is the best quarterback, the best college quarterback I’ve ever evaluated.”

“There were all the other checks, the things you don’t see on video. His personality was fantastic. He was one of those guys probably always hanging out in the gym after high school, he comes from an athletic family. He’s got a bright smile. It was all there.”

“We were picking at 11, Andy [Reid] went to 10,” Payton recounted. “And as soon as that trade took place we knew it was Mahomes. We were staring at Lattimore and Mahomes, so those were two great scenarios. He’s fun to watch and certainly tough to defend.”

Fans immediately noticed the pained look in Payton’s face as he telling the story of losing out on drafting Mahomes.

This had to be crushing. You can hear it in his voice. #Mahomes #Chiefs #DraftStories #NFLDraft https://t.co/xYEYfTEVLl

he feels sick lmao. would have been a crazy draft class if they got him. https://t.co/RCxUlma6Aa

There are about nine other teams that are kicking themselves wishing they had drafted Mahomes ahead of the Chiefs just like Payton.