Saints And Pelicans Owner Surprises Over 400 People, Pays Off Almost $100K In Orders At Local Walmart 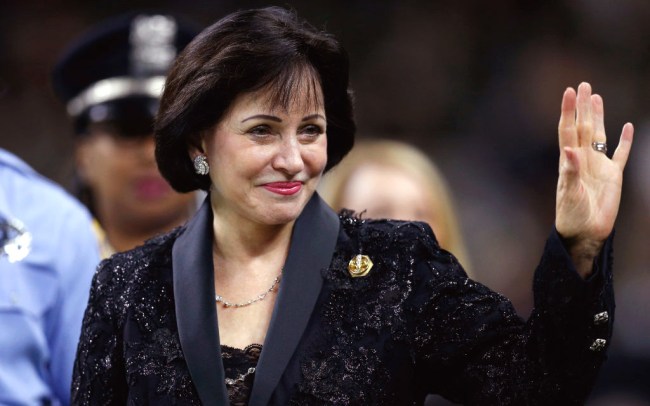 Gayle Benson, the owner the the NFL’s New Orleans Saints and the NBA’s New Orleans Pelicans, surprised more than 400 people who had orders on layaway at the Walmart on Tchoupitoulas Street in the Crescent City.

“We were all excited for it,” Williams said when she first heard the news about Benson’s donation.

The payment was done anonymously at first, but the Saints organization later confirmed it.

“This was a gift from Mrs. Benson for the holidays,” the Saints organization said in a statement.

Benson, who inherited the two professional sports franchises when her husband Tom Benson passed away in March of this year, is the first woman to be the majority shareholder of voting stock in both a NFL and NBA franchise.

The best part of the story is the fact that only a handful of people knew that their orders had been paid off before they came to the store.

“May God continue to bless you Ms. Benson for thinking of the less fortunate. We are so grateful. All the people that I spoke to in the line are so excited too,” said Margie Clark, who had a computer on layaway that was paid off by Benson’s gesture.

Check out some of the heartwarming reactions below.