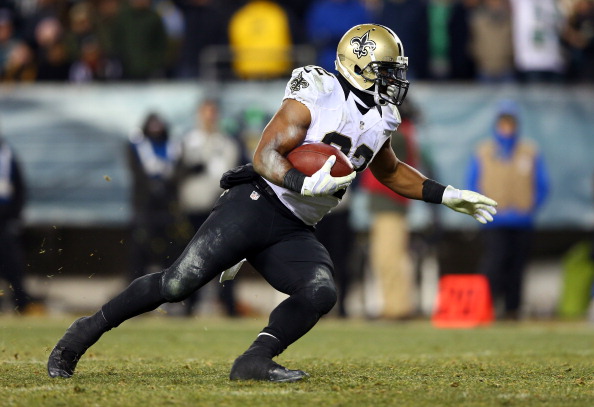 Mark Ingram is on an NFL-USO tour with several other football players, and for whatever reason the Saints running back thought it was a good idea to take on a well-trained military K9.

Ingram, a two-time Pro Bowl running back and a former Heisman trophy winner, was no match for the military dog who took him down in seconds in impressive fashion.

So why did Ingram volunteer to get attacked by the dog? Apparently he got peer pressured into it by the other NFL players.

Saints star @MarkIngram22 dishes on his run-in with an amped-up security K9 during Wednesday’s NFL-USO Tour in Italy. 🐕 pic.twitter.com/ERJ09sCOEg

The dog video, there’s a lot that goes into it, right? It was a crazy situation. I haven’t fallen into peer pressure my whole life, and they peer pressured me to go out here and get attacked by this dog.” So the first time he ran up to me bit my arm I handled, second time he bit my arm and I handled him. The third time they said run away from him right? and everyone else was like juke him, juke him make him miss.

He slung me and horse-collared but I got up though because I’m a beast. They can’t hold. The dog was a bad mother though.

Someone needs to sign that dog to an NFL contract.