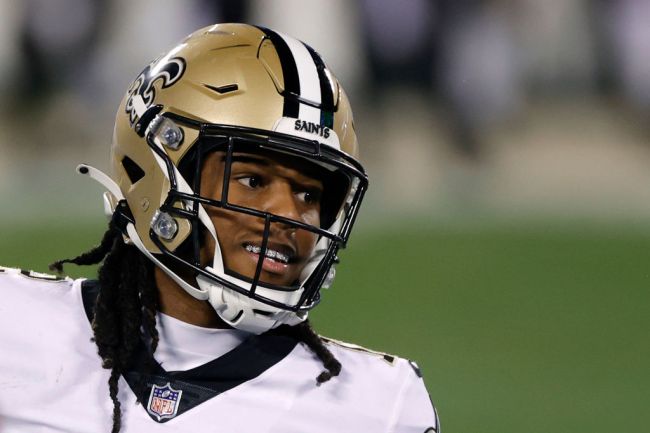 Saints wide receiver Marquez Callaway had the best single quarter of the 2021 NFL preseason and there is no debate. The second-year player out of the University of Tennessee made two incredible catches for touchdowns and has announced his arrival as the No. 1 pass catching option in New Orleans.

With Michael Thomas (the team’s top target) out for the indefinite future, head coach Sean Payton was waiting for somebody to step up in his absence. That happened on Monday night against the Jaguars.

Jameis Winston got the start at quarterback and New Orleans began with the ball. On the sixth play of the game, he found Callaway for the 48-yard score.

OH MY! @jaboowins connects with @CallawayMarquez on a long TD. 🔥

The ball was dropped into the bread basket and Callaway made a hell of a play with two defenders draped all over him.

The Saints punted on their next possession before getting the ball back with 5:17 in the first quarter. It Winston’s last possession of the night and it ended just like how it began— Winston to Callaway for six.

The former Vol got a step on single coverage down the sideline and Winston made the corner pay. He placed a beautiful throw on the front corner of the end zone.

Once again, the Jacksonville defender was draped all over Callaway but that didn’t stop him from pulling in the touchdown… with one hand.

Taysom Hill took over on the next drive with the score 14-0 in his favor.