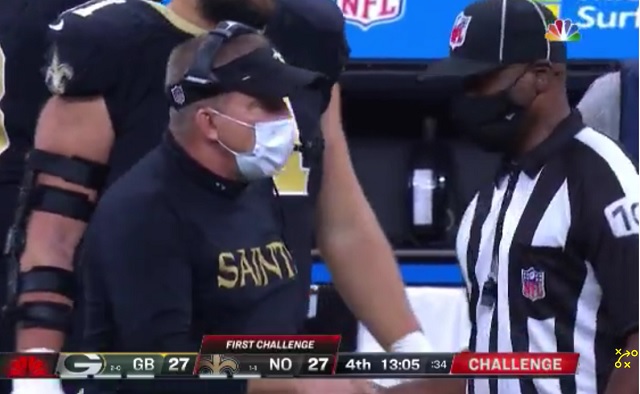 We have another NFL conspiracy theory on our hands.

Even though it seems fairly obvious that the ref was giving Payton red challenge flag back, fans still ran with the “Payton slipped the ref some money” conspiracy theory.

Sean Payton made a drug deal with a ref, in the fourth quarter, on national television. pic.twitter.com/yYJlG2RKHm

Imagine if Belichick had done this.
It would be a never ending story. https://t.co/f5gLpHewYM

Streets saying Sean Payton was paying the refs last might.

Smh knew the saints are a dirty team https://t.co/1ak3oCP4s4

Look, it’s 2020 and people seem to thing anything is possible. More than anything, we all just really need something to believe in. Even if that “something” is a veteran NFL head coach being dumb enough to slip money to referee during an actual football game.