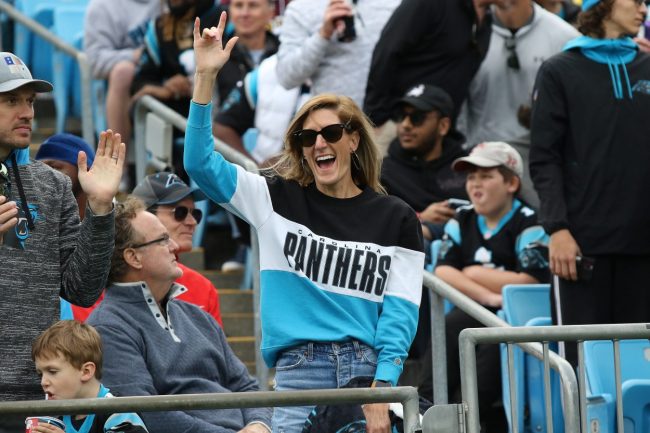 Sam Darnold received his first action for the Panthers since Week 9 on Sunday. The fourth-year quarterback suffered an injury early in the season after being traded to Carolina in the offseason and was not welcomed back with open arms.

In Darnold’s first nine games of the season, the Panthers went 4-5. His final game of the early season came against the Patriots and he threw three interceptions in a loss.

Since then, Carolina has played Cam Newton and P.J. Walker in his place. Against the Buccaneers on Sunday, head coach Matt Rhule decided to use all of his chess pieces and sent a healthy Darnold onto the field in the first half.

He was met with boos, which only got louder as the fans began to realize what was happening.

Sam Darnold in for the first time since Week 9 vs. Patriots. And he's booed.

On the very next play, Darnold went deep and connected with wide receiver Shi Smith for 63 yards. In response, the same fans that had just booed him onto the field less than a minute prior, changed their tune immediately.

Instead of the chorus of negativity, the crowd exploded into a raucous of cheers for Darnold. It was an unbelievably fast 180-degree switch in attitude.

Listen to the excitement:

Newton came back into the game for the next two plays in the red zone and couldn’t get anything going. On 3rd-and-8 Darnold re-entered behind center and was sacked for a loss of two.

Rhule chose to stick with his “hot hand” on the next drive and Darnold took every snap at quarterback. The result of Carolina’s quarterback carousel is unclear, but it will be interesting to see how Panthers fans react to the back-and-forth.