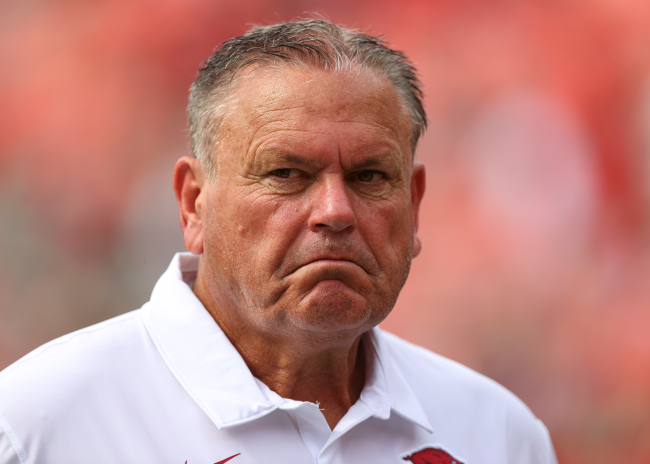 As Arkansas football gears up to face LSU this weekend, its head coach is worried that he aggravated an old injury. While at Georgia, Sam Pittman tore his bicep in extremely bizarre fashion and is worried that celebrating bowl eligibility this past weekend caused it to flare up.

Pittman, who took over the Razorbacks ahead of the 2020 season, is known to be a players coach. He is full of energy, doesn’t take heat from anybody, and loves his guys as if they were kin.

A big part of the “Pittman persona” has been his “yessir” videos throughout the years. Prior to his time as the head coach in Fayetteville, he was an offensive line coach at a few different programs across the SEC.

While at Georgia, people around the locker room began to notice that he said “yessir” a lot. He didn’t realize it, but others did.

Well, as Justin Fields was preparing to commit, one of the Bulldogs’ recruiting staffers decided to capitalize on his phrase and suggested that they record Pittman doing his signature “yessir” into the camera.

Pittman initially declined, thinking that he would look like a fool, but the staffer persisted and he eventually gave in.

“So I did it. And looked like a fool,” Pittman said. “But kids like it, so that’s all that matters.”

Since then, the phrase has become synonymous with Pittman everywhere he has gone.

Ahead of this weekend’s game against the Tigers, Pittman told a story about when he was filming one of his signature videos and things went horribly wrong. He was reportedly lifting his bulldog, Lucy, when — POP! — his bicep tore.

Pittman tore his bicep lifting up his bulldog, Lucy, filming one of his “Yessir” videos, which is one of the more interesting injury stories I’ve ever heard 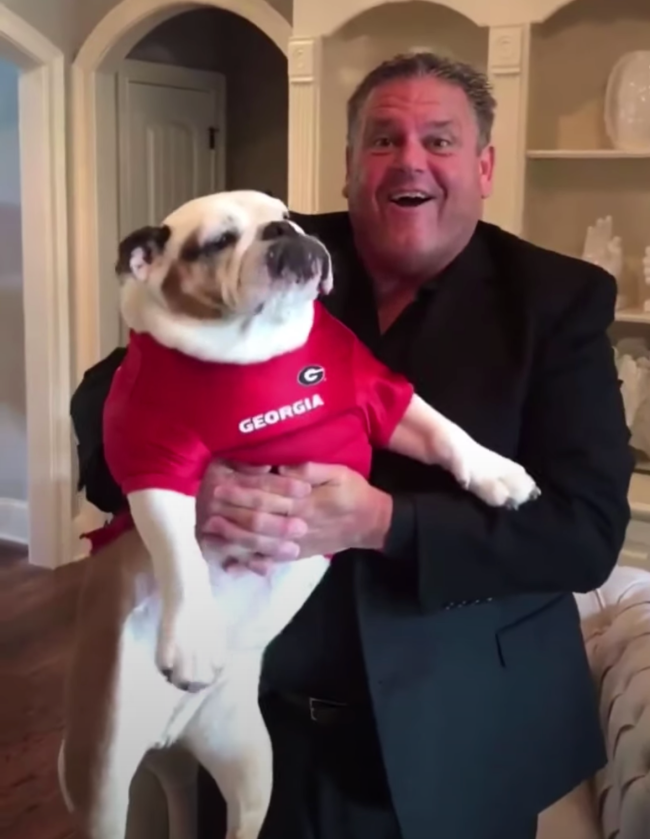 Lucy is a very good girl and deserves all of the treats. Thus, she isn’t the smallest bulldog that you will ever see and it makes sense that Pittman could accidentally tear his bicep trying to lift her up.

Apparently the injury still bothers him, because Pittman is worried that it flared up after last weekend’s win.

This was while Pittman was at UGA. Said he was worried lifting the bowling ball during this weekend’s bowl celebration might aggravate his bulldog-related injury https://t.co/SpEfWteaf4

This is not only one of the most bizarre injury stories, but it’s one heck of a way to brag about bowl eligibility!