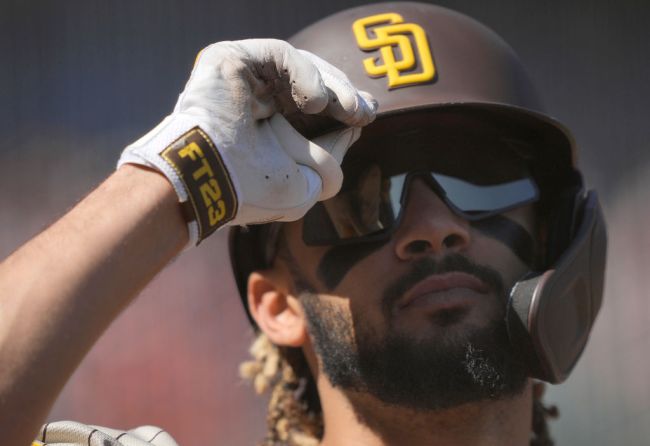 The San Diego Padres were hit with some shocking news yesterday that will have a massive impact on their World Series hopes. Jeff Passan reported that Fernando Tatis Jr had violated the MLB performance-enhancing drug policy and would face an 80-game suspension that will make him ineligible for the playoffs.

After the news broke, the Padres still had a game to play last night, beating the Nationals by a score of 10-5 in Juan Soto’s return to D.C.

Following the win, some of the team’s stars were asked about Tatis Jr’s suspension and a couple of their pitchers were not happy with the Padres’ young star. Mike Clevinger pointed out that this isn’t the first time Tatis Jr has let his teammates down.

Mike Clevinger, on Fernando Tatis Jr.: "It's the second time we've been disappointed with him, and you hope he grows up and learns from this and learns that it's about more than just him right now."

After missing most of this season because of a non-baseball injury and now getting hit with this suspension, it’s going to take a lot for Tatis Jr to regain the faith of his San Diego Padres teammates.