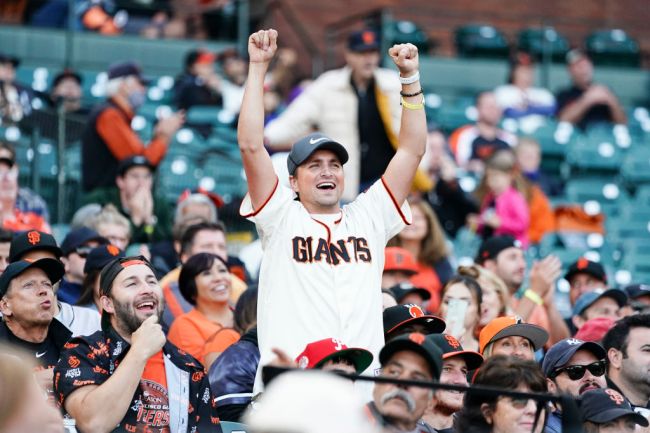 Max in San Francisco is a living legend and every fan attending the Giants-Padres game on Wednesday night witnessed that first hand.

Max apparently got divorced recently and instead of being upset about that, he’s thrilled. So thrilled, in fact, that he or his friends paid for a message on the jumbotron wishing him a happy divorce. Forget birthday or anniversary messages, the new move is letting the world know that you recently called it quits with your significant other. That’s America, baby.

It’s safe to assume that Max’s friends are the ones that paid for and got the message put on the jumbotron, but maybe, just maybe, Max did this himself.

After all, announcing to thousands of people at a baseball game is a pretty efficient way of letting folks know that you’re back on the market.

Congratulations on the big day, Max.