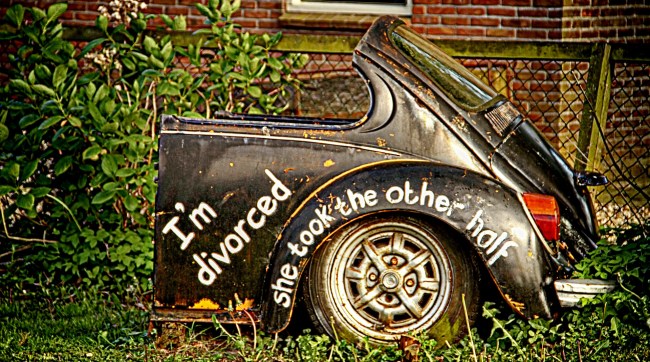 Everyone knows by now that getting married these days is somewhere around a 50/50 proposition when it comes to failure. (Worse if you live in Clarkston, Washington.)

What is surprising about divorce in the 21st century is “why” people are getting divorced.

Sure, you’ve got your standard excuses for getting a divorce: infidelity, money, arguing, sexual incompatibility, but the reasons you will read below are far from standard.

This week, divorce lawyers were asked to reply on Reddit, “What’s the most outrageous reason someone filed for divorce?”

The answers given might make you want to think twice before you decide to tie the knot.

“Was a loud chewer at the dinner table. He developed a complex and literally needed out as he couldn’t bear to eat with her.”

“She was kidnapped in Mexico and he refused to pay ransom. Eventually her family managed to pay and she was left on the side of the road. It is not outrageous as in petty but outrageous as how absurd that is.”

In truth, that’s actually a pretty good test of how much he cares.

“He had an argument with the new inlaws during the wedding and moved out at around 5 am during the first night.”

I hope she still went on the honeymoon.

They hated each other more than any two people I’d ever met, and the only terms they would agree to were these: he gets the scrapbooking stuff, and she gets the cars. My client also took the house, as he had no income and didn’t want it anyway.” 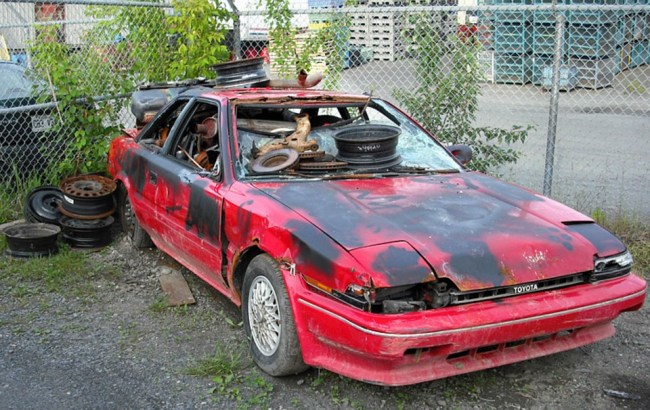 “It was the shortest divorce decree I ever drafted. I intentionally squeezed it onto one page, and the judge and I had a good laugh over it. Once the decree was signed and filed, she hauled all the scrapbooking stuff to the yard, and he removed it to the dump. She then called a junk shop I referred her to and had all of his cars removed from the yard.”

Hard to believe that marriage ended in divorce.

“He got drunk at the wedding, she did not like it, and decided to divorce him right after the Honeymoon (which she went to without him). Moreover, this was all an elaborate scheme of divorce-robbery, because the guy was loaded, and so was his entire family….

They were loaded because they were a family of EXCELLENT lawyers, and he was a third generation lawyer, with all the smarts and experience of his predecessors combined. Lets just say it did not go well for her.”

That was a plan just destined to fail.

“Failed exorcisms. Client had an inner ear condition that caused chronic vertigo, but symptoms could be treated with medication. Husband was an evangelical who was convinced his wife 1) had become possessed and that her vertigo and general crankiness with his methods were evidence of demonic possession, 2) the medications she was taking was enabling the devil to hide inside her, and 3) the only proper recourse was exorcism. He would hide her meds until she got dizzy and then try various methods of exorcism.”

The topper? “The final straw was that he tried to ‘surprise it out of her’ by pushing her down the stairs when they were heading out for dinner.” 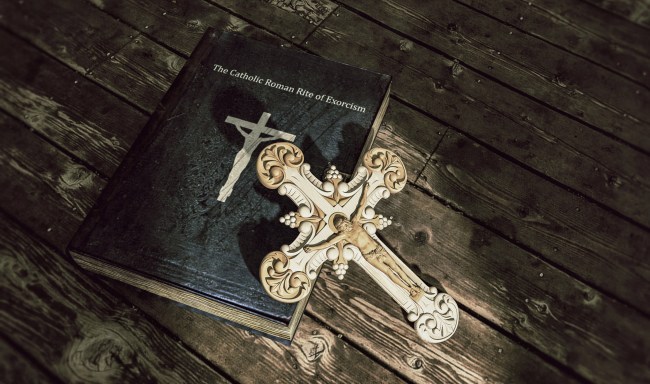 This next lawyer dropped three gems about some of his clients…

• “A guy who is 100% convinced that his wife (our client) is actually a lesbian in love with his sister and just using him as a cover (but he also claims she is having sex with me to pay for her legal fees, and with every male who’s phone number is in her call history).”

• “A woman who is divorcing my client because he was ‘too sad’ after his father died last year (my client had to break down her door to get his father’s ashes a few weeks after he left the house and she refused to let him back in or give them to him).”

• “A woman who claims my client was emotionally abusive towards her because he refused to yell at her, and sat in silence ignoring her when she screamed at him (he has this recorded, time stamped for the dates and times she insists the incidents occurred, and she’s listened to them and his complete silence as she goes on tirades and insists this proves her point that he was ’emotionally distant and abusive’).”

Being a divorce lawyer sounds like an interesting job. Case in point…

“When I was working at the DA’s office, there was a woman who had sex with her son’s 15-year-old friend. The awkward part was that the husband was the high school baseball coach for both of the boys. My job at the time involved going through the evidence, including all of the text messages, where they eventually decided upon divorce. The only thing I really recall is that the man interrupted the text conversation about the affair to say ‘BRB. I’m going to get a McRib.’ The texting resumed about 40 minutes later.”

At least he had his priorities straight.

“I worked for a law office where the owner would talk about the man who sued for divorce because his wife would no longer allow him to use a loaded gun as a… “marital aid.” She had apparently agreed to it at some point, and was fine with the gun as long as it was empty, but that just wasn’t good enough for him.”

Read the rest of the responses, if you dare, over at Reddit.