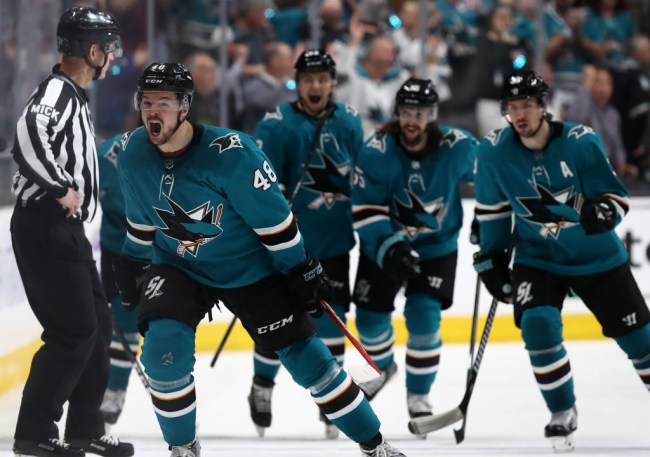 The first round of the Stanley Cup Playoffs has yet to wrap up, but based on how things have played out so far, this may already be the wildest postseason the NHL has seen in recent memory.

After having one of the most successful years in the history of the league, the Lightning blew a sizeable lead in their first game and never looked back on their way to being swept by the Blue Jackets, and while their series win wasn’t as improbable, I don’t think many people saw the Islanders beating the Penguins in four games.

Those series may have come to a swift end but the same can’t be said for the three first-round matchups that needed seven games to be decided (including the Hurricanes-Capitals showdown that will finish up tonight).

Of course, no one should have been too shocked that the Bruins and the Maple Leafs would need seven games to determine their respective fates and Boston shattered the hopes and dreams of Toronto yet again last night with a 5-1 victory that was closer than the score makes it seem.

As a Bruins fan, I’d be remiss if I didn’t remind you that the Maple Leafs once blew a 4-1 lead in the third period to blow a game seven to Boston back in 2013 in one of the more shocking comebacks I’ve ever witnessed.

However, they have nothing on the San Jose Sharks.

Last night, the Golden Knights had a 3-0 lead with under 11 minutes to go when Cody Eakin was hit with a controversial game misconduct after a fairly ill-advised cross-check on Joel Pavelski.

The Sharks were given a five-minute power play opportunity as a result of the play and, well, it’s safe to say they took full advantage by scoring not one…

We've got a one goal game!

But four (!) goals in just over four minutes.

The @SanJoseSharks have taken the lead late in the third.

This game is crazy.

The Knights would throw an extra man on the ice and even up the game with 47 seconds left to make things a little more interesting but the Sharks would not be denied in a lengthy overtime.

The next three rounds should be fun.