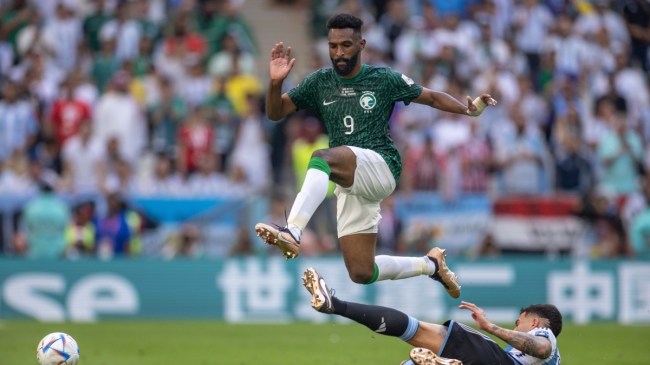 It’s been three days since Saudi Arabia shocked the entire world. The Persian Gulf nation shocked everyone when they beat Argentina 2-1 in the World Cup Tuesday. They were 20-1 underdogs, but two goals in quick succession gave them the victory.

Naturally, Saudi Arabia fans went wild. Celebrations were incredible and people were even ripping off their doors. So, it’s not surprising that the rich oil barons in the nation rewarded the team for the biggest win in their nation’s history.

According to an article by The Express, they will be receiving one of the most famous cars in the world, a Rolls Royce.

The article states, in part:

Saudi Arabia’s World Cup heroes will each be gifted a Rolls Royce by the country’s royal family after stunning Argentina last week, according to reports. Lionel Messi and co. were defeated 2-1 by the Saudis in one of the biggest World Cup shocks.

Prince Mohammed bin Salman Al Saud will present each of the players with an RM6 million Rolls Royce Phantom when they return from Qatar. It is the latest reward for the team’s seismic result.

The Saudi’s were already given a day off for the entire nation following the win to celebrate the accomplishment, a watershed moment in the nation’s history.

They will be back in action against Poland Saturday at 8AM.