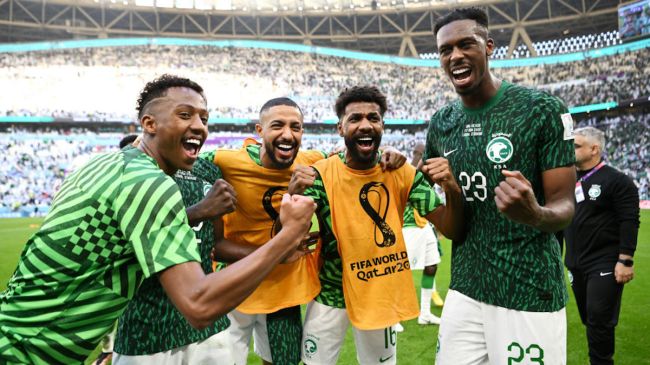 Boasting odds of about +1800, the Saudi’s victory over Argentina represented the largest betting upset to ever occur in a World Cup match. Naturally, given how seismic the victory ones, fans of the Middle East nation predictably went nuts when their team scored not one, but two goals against Messi and La Albiceleste.

One video that’s been going viral in the aftermath of the goal sees a ballistic Saudi Arabia fan literally rip a door off its hinge while celebrating Salem Aldawsari’s 53rd-minute game-winning goal.

Geezer ripped off the door 🤣🤣🤣🤣 pic.twitter.com/PqycW9871f

Following the shock loss to the Saudis, Messi — likely playing in his final World Cup — told reporters that there were “no excuses” for the result.

“There are no excuses. We are going to be more united than ever. This group is strong, and we have shown it. It is a situation that we haven’t gone through in a long time. Now we have to show that this is a real group. It’s a painful loss but we have to continue to trust ourselves,” he said.

While the defeat to Saudi Arabia certainly isn’t ideal Argentina can still advance to the knockout rounds especially considering the draw between the other two teams in their group, Mexico and Poland. Should Argentina pick up six points by defeating both those teams, they’ll undoubtedly progress to the round of 16.

Both Saudi Arabia and Argentina will resume group play on Saturday when they take on Mexico and Poland, respectively.