Angry Schalke Fans Attacked The Team Bus, Chased Players With Eggs After The Soccer Club Was Relegated From The Bundesliga 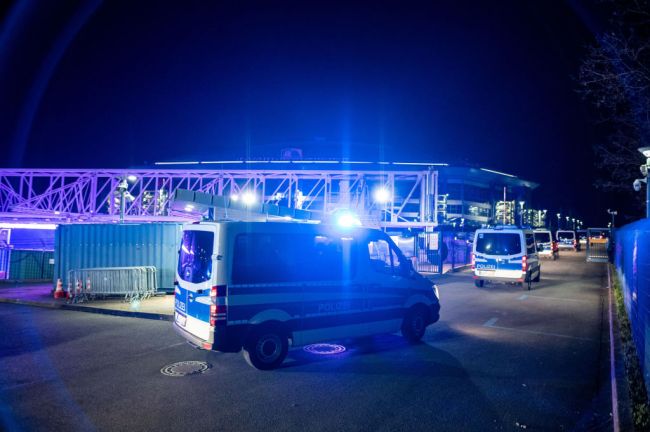 Soccer fans are a different breed. FC Schalke 04 was relegated from the Bundesliga on Tuesday afternoon with a 1-0 loss to Arminia that dropped the club firmly into last place in the league.

It's official: We will be playing in the 2. Bundesliga next season. Gutted. pic.twitter.com/czgzx1H0Ul

It was the first time that Schalke was relegated in 33 years and to say that their fanbase didn’t handle it well would be an understatement. Following the team’s one hour and 18 minute drive back to the stadium, players were met by an angry group of supporters. The frustrated group of 500 to 600 fans stopped the bus from entering the home stadium and verbally berated those onboard. Once players eventually tried to get off the bus, fans threw eggs at them and chased them down the street. Many of them were kicked or punched by the fans and they had to literally run from their own backers.

Unbelievable scenes as Schalke 04 fans are chasing their own players after the club was relegated last night. pic.twitter.com/8JCb9nHBXY

Gelsenkirchen police said in a statement that they were on-site and helped to disperse the scene as best they could.

“Police were on site with strong force and were able to prevent a further escalation,” the statement said, adding that investigations were still ongoing and “criminal as well as administrative offence procedures have been initiated.”

Things were so chaotic that many of the players had to spend the night in a hotel, rather than trying to proceed with exiting the stadium and going home. An unnamed player spoke to Sport1 about the evening and his account is crazy.

“We were told loud and clear that we should be ashamed of ourselves and all the players, who won’t be here next year, should f— off from now on. If that doesn’t happen, life would be made a living hell for us.

“We were pelted with eggs, firecrackers went off and the situation escalated completely. The fans attacked us. We just ran. It was fear, pure fear! I was just running. Some of us got kicked and punched. I am shocked, and I don’t know how we are going to compete in the next games. I also don’t understand why we were exposed to the fans this way in the first place. The club said that there would only be a short exchange. Meanwhile, the police waited away from that situation.”

A local outlet WAZ reported that players were left largely unharmed and got away with a few bruises. Remember, these are fans of Schalke, doing this to Schalke. It would be like if Alabama fans pelted the team bus with eggs and chased players down the street after the Tide didn’t get selected for the playoff. It’s not quite the same scale or idea, but you get the picture. Crazy.

Fireworks over Gelsenkirchen tonight following Schalke’s relegation from the #Bundesliga.

Soccer fans are a different breed and what unfolded earlier this week was simply outrageous.