Scott Van Pelt Is Getting His Midnight Sportscenter Show Moved To His Hometown Of Washington D.C. 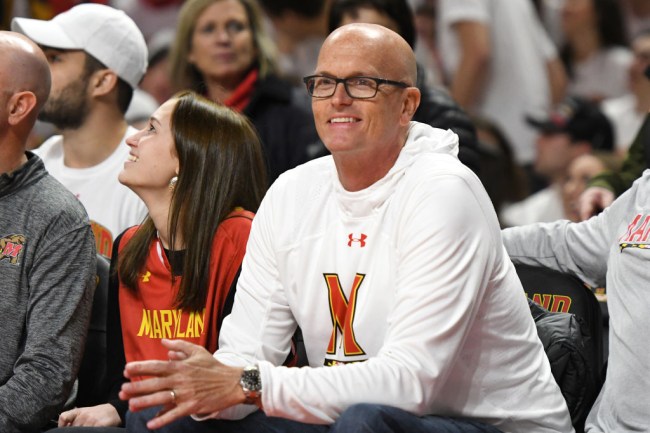 Scott Van Pelt’s midnight Sportscenter show is getting a new home. The show is leaving Bristol, Conn., the home of ESPN’s headquarters, and moving to Van Pelt’s hometown of Washington D.C.

According to Sports Business Daily, the show will still be produced at ESPN’s headquarters, but it will be hosted in the same studio where Pardon The Interruption is shot.

Van Pelt came up with the idea to move back to the DC area in May when he attended the Sports Emmys award ceremony in N.Y. At the event, he spoke with Eric Rydholm, who oversees “PTI,” which won an award for outstanding studio show at the event. “I literally was sitting in that theater thinking, why couldn’t I do my show from the same studio,” Van Pelt said. The next day he called “PTI” producers and show host Tony Kornheiser to see if there would be enough space. When he found a positive reaction, he called his agent Sandy Montag to get the ball moving. After months of meetings with senior personnel like ESPN Exec VP/Content Connor Schell, Exec VP, Event and Studio Production & Exec Editor Norby Williamson and President Jimmy Pitaro, Van Pelt got the green light he wanted.

Van Pelt is a huge supporter of his alma mater Maryland Terrapins and on top of getting closer to campus, he was also looking to get closer to family. The report states that he wanted to move back closer to his aunt and mother, who turns 80-years-old this summer.

“It’s home,” he said. “It’s my friends. It’s the Terps. It’s just where I’m from. I never imagined that there would be a path back there because I work at ESPN and I’m content here.” Van Pelt insisted that the essence of his show would not change despite the move, though he did allow that some changes will occur. “Let’s say Steph Curry and Steve Kerr are in town to play the Wizards,” he said. “They’re not in Bristol a lot. But they come to DC. Maybe we can carve out 15 minutes with players of that ilk. The chance to be face-to-face with those athletes might happen more.”

SVP’s midnight edition of Sportscenter is always a fantastic product, it’s without question one of the best shows that ESPN has on the network, and having Van Pelt closer to home and giving him the ability to put even more of his own touch on the show should be great.

The show is set to be moved to D.C. by August.