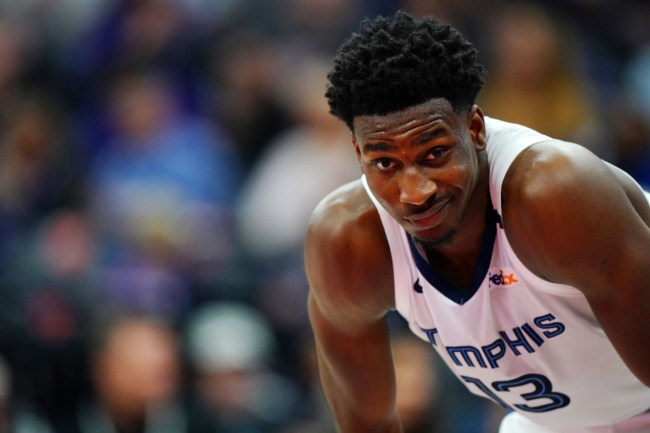 Scottie Barnes is having a fantastic rookie campaign for the Toronto Raptors this season. He’s averaging close to a double-double and has been a bright spot on a Toronto team that has disappointed this season. On Tuesday night against the Grizzlies, however, Barnes was feeling himself just a bit too much.

With the Memphis Grizzlies in town, Barnes found himself in a one-on-one situation with Jaren Jackson Jr. Barnes made up his mind that he was going to try to make it on SportsCenter’s Top 10 by staring down the Memphis big-man on his way to the basket.

Jackson Jr. was having none of that. Barnes went up for the dunk and got viciously swatted by Jackson Jr.

Barnes clearly didn’t read the scouting report which definitely mentioned that Jackson Jr. is fourth in the NBA in blocks so far this season averaging over two per contest.

Jackson Jr. had a huge night leading all scorers with 25 points to go along with five blocks and six rebounds in the Grizzlies’ 98-91 win on the road. Barnes put together a strong stat line as well with 19 points, four blocks, and seven rebounds, but Jackson Jr. got the last laugh, and it was a big one.