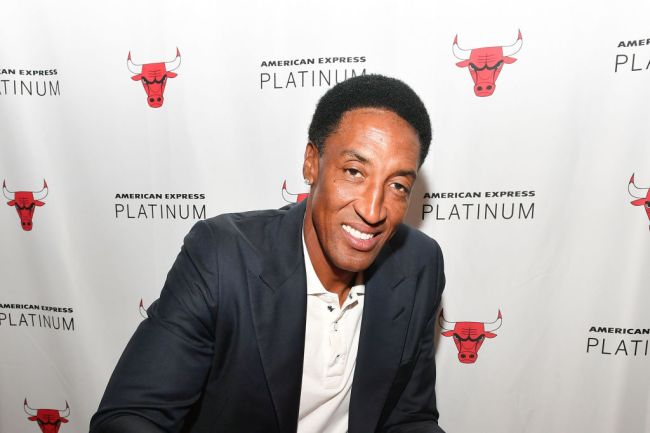 Former Chicago Bulls great Scottie Pippen is ruffling some feathers with his comments about LeBron James and Kevin Durant.

During an interview with GQ this week, Pippen slammed Durant for losing in the playoffs while also praising LeBron.

“And this is no knock to KD, but they asked me, Has he surpassed LeBron James? And my answer was: LeBron James knows team basketball better than KD.

KD can score better than LeBron, probably always have been able to. But has he surpassed LeBron? Naw. He tried to beat the Milwaukee Bucks instead of utilizing his team. You see what I’m saying? LeBron James would’ve figured out how to beat them and he wouldn’t have been exhausted and he may not have taken the last shot. But LeBron ain’t KD, and KD ain’t LeBron. KD is a shooter, a scorer. But he doesn’t have what LeBron has.”

Durant caught wind of Pippen’s comments and fired back.

Didn’t the great Scottie pippen refuse to go in the game for the last second shot because he was in his feelings his coach drew up the play for a better shooter??

After KD’s comment, Pippen went back to defending his comments by saying LeBron had no help when he won the 2016 NBA championship unlike when Durant won in Golden State.

@stephenasmith @KingJames won a championship without any help

2016 Finals my man… which other star was out there with LeBron? @stephenasmith https://t.co/TrynpLnL8N

Fans immediately noted that Kyrie Irving scored 46 points in a crucial game 5 for the Cavs and even hit a clutch 3-pointer in game 7 of the 2016 NBA finals.

I already told you, Man! Who the hell is Kyrie Irving to you? Slava Medvedenko? https://t.co/Tfg3UrhQ86

Kyrie averaged more points in that final than Pippen did in any playoff series in his career. Which makes his tweet ten times funnier

Love Pippen. But he’s bugging saying LeBron won the 2016 chip by himself when Kyrie averaged 27 ppg in that finals AND made the go ahead 3 in Game 7.

There's not a day that goes by that I don't see this stat/meme on my TL. https://t.co/TLhSe4nzwl pic.twitter.com/8484pycuj1

Did Scottie pippen just forget who kyrie Irving was? https://t.co/ZXSUSmJMGe

Kyrie Irving in the Finals

Even Kyrie appeared to respond to Pippen in his own way.