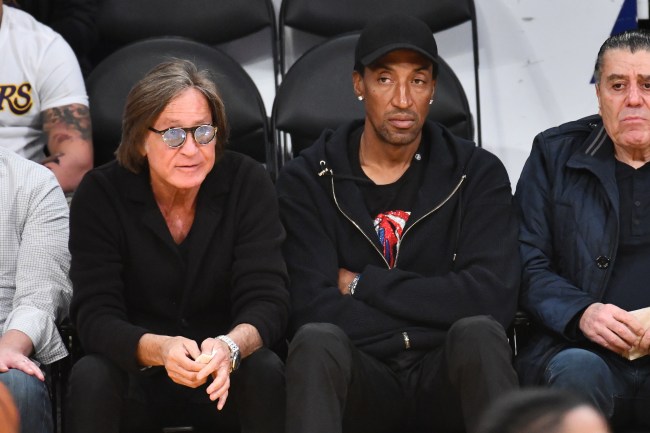 Scottie Pippen once again has a hot take on the entire Michael Jordan-LeBron James GOAT debate.

Last year Pippen went on record saying that he felt LeBron had passed MJ statistically as a player only to flip flop a few weeks later by stating that LeBron needed to win 6 championships to be considered the GOAT.

"LeBron ain't better than me until he gets 6 titles." https://t.co/vAbGv30u4R

This afternoon Scottie went on First Take and delivered a scorching take on how both Jordan and Kobe Bryant were better players than LeBron because Bron lacks the “clutch” gene.

“When I look at LeBron, he’s not what Michael was as a player,” ke. “He’s not even what Kobe Bryant was as a player. So, when you talk about trying to compare Michael’s instinct, his ability to take over games, his ability to want to have the last shot, LeBron doesn’t have that gene. That’s not in him. Kobe has that gene. I see a little bit of it in Paul George. Kawhi (Leonard), (Russell) Westbrook. … Not too many players go on the basketball court with that.

“It’s that clutch gene. I’m not taking it away that he don’t know how to win, and he’s not willing to have the ball in his hands. But the players that have that clutch gene, they’re gonna go get that ball.”

Of course Pippen got roasted by Twitter over his latest comments.

May '17: LeBron hasn't surpassed Kobe.
Dec. '17: LeBron probably ahead of MJ.
Week later: LeBron needs 6 rings.
Another week later: MJ over LeBron.
May '18: Unfair to compare LeBron and MJ.
Feb. '19: LeBron's not what MJ was as a player. Or Kobe. pic.twitter.com/4B8aQDMkT5

Scottie Pippen has gone from Lebron>Jordan, to Jordan>Lebron and now Kobe>Lebron in a matter of a couple years. 🤔

Lmao Scottie was on First Take last year saying Bron surpassed Jordan. Does no one remember that?

Honestly, Scottie was a great player no doubt but this type of talk makes it sound like he’s jealous that Lebron did it all on his own, while Scottie is always known as the Robin to MJ’s Batman.