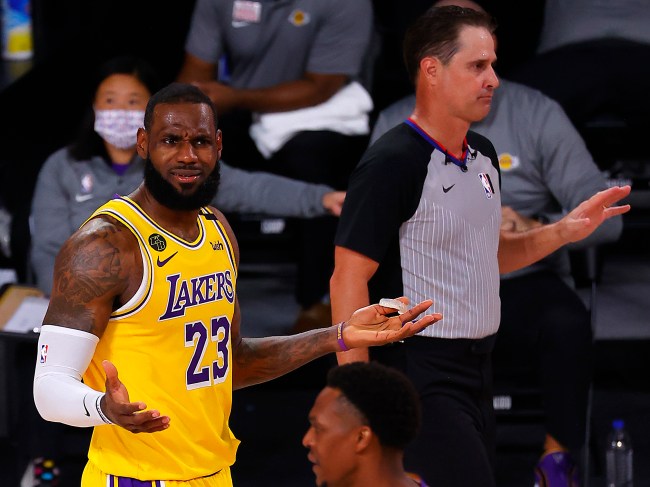 Pippen has routinely criticized LeBron in the past including the time he said that he believed that LeBron wasn’t on Michael Jordan or Kobe Bryant’s level because he lacked the “clutch gene.”

“When I look at LeBron, he’s not what Michael was as a player,” . “He’s not even what Kobe Bryant was as a player. So, when you talk about trying to compare Michael’s instinct, his ability to take over games, his ability to want to have the last shot, LeBron doesn’t have that gene. That’s not in him. Kobe has that gene. I see a little bit of it in Paul George. Kawhi (Leonard), (Russell) Westbrook. … Not too many players go on the basketball court with that.

“It’s that clutch gene. I’m not taking it away that he don’t know how to win, and he’s not willing to have the ball in his hands. But the players that have that clutch gene, they’re gonna go get that ball.”

On Tuesday before the start of the NBA finals, Pippen took another shot at LeBron. According to Pippen, LeBron has yet to prove that he can lead a lead BY himself despite the fact that this is going to be his 10th NBA finals appearance.

“I don’t take nothing away from the Lakers and LeBron going to his 10th Finals,” “He still has to prove he can lead a team himself. I think Anthony Davis has shown he’s more valuable to them on the offensive end but I think Miami has more offensive weapons they’ll be able to throw at LA.”

Scottie Pippen might be the first NBA player ever with CTE. https://t.co/ZMRfvZIMqy

Dementia Caught Up To Scottie Early In His Life https://t.co/WNaLZpRwJm

Didn’t he have 38-15-10 in a close out game while also guarding the opposing teams best offensive player? https://t.co/7a3nFHCU2S

"He still has to prove he can lead a team himself."

Says the guy who was carried by Jordan , signed the worst contract in history , and averaged a humble 11.3 points with the blazers. https://t.co/G9ATR2C3ZO

I’m not sure what Pipppen is talking about considering LeBron has been the leader over every team he’s won a championship with.