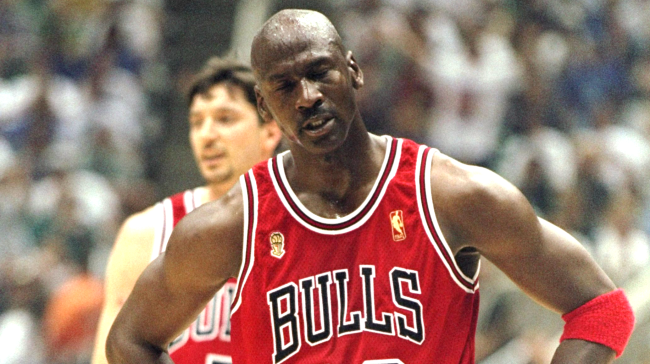 For some reason, Scottie Pippen has decided to make his book tour all about taking his former Bulls teammate Michael Jordan down a few pegs.

Well over a year after the airing of the popular ESPN documentary series The Last Dance, Pippen is apparently still salty about how he was portrayed.

After calling Phil Jackson racist while promoting his new book (which, confusingly, he walked back in that very same book), Unguarded, back in June, Pippen has focused his pettiness directly at His Airness.

Pippen, who was voted one of the 50 greatest players in NBA history, has been picking apart Jordan both in interviews as well as in book excerpts, even going so far as to publicly say that Michael Jordan’s decision to play minor league baseball after his father’s death.

In one excerpt, published by the New York Times, Pippen wrote…

In response to Jordan calling Pippen “selfish” in the documentary for delaying a foot surgery and asking to be traded, Pippen writes, “You want to know what selfish is? Selfish is retiring right before the start of training camp when it is too late for the organization to sign free agents,” a reference to Jordan’s unexpected first retirement after his father’s death.

He calls Jordan hypocritical and insensitive. And he criticizes Jordan for his behavior toward co-workers: “Seeing again how poorly Michael treated his teammates, I cringed, as I did back then.”

Related: Skip Bayless Sets Scottie Pippen’s Legacy On Fire And Exposes One Of The ‘More Overrated Players’ In History

Apparently, Scottie Pippen’s pettiness with regard to Jordan knows no bounds as during a new interview with SiriusXM NBA Radio he went after MJ’s famous “flu game.”

Talking about how he played with a bad back in the deciding Game 6 of the 1998 NBA Finals, Pippen said, “I struggled to pull it through in that game and I suffered from it, still suffering from it.

“I wouldn’t have played in a Game 7, I just wasn’t able to go. I knew on Saturday that I probably had one game left in me.

“In the start of that game I got a dunk early in the game and got banged a little bit by [Karl] Malone. That really put me back on my heels throughout that whole game, where I was running back in the locker room, cortisone, whatever kind of medication I could get in me, heat pack, whatever to try to carry on. I definitely was not able to play a Game 7.”

The interviewer then brought up Michael Jordan and how “when he would get sick in a playoff game, we make it seem like he came from his hospital bed with [an] IV stuck in his arm…”

“It’s in the book,” Pippen interjected, holding up his book.

The interviewer then asked Pippen, regarding his playing in the NBA Finals with a bad back, “Do you feel that not enough was made of that moment?”

“Here’s my breakdown on that,” Pippen responded. “I’m going to ask you this. Is it easier to play with a herniated disc or play with the flu?”

“They always say the worst injury to have is a bad back,” the interviewer replied.

Scottie Pippen reveals to @TheFrankIsola just how bad his back was injured the 1998 NBA Finals… and why not enough people paid attention to it.

For one thing, in the NBA Finals game Michael Jordan played with the flu he scored 38 points on 13 of 27 shooting from the field with 7 rebounds, 5 assists and 3 steals. Pippen, on the other hand, went 4 for 7 and ended up with 8 points, 3 rebounds, 4 assists, and 2 steals in his “bad back” game. Maybe those facts have something to do with it.