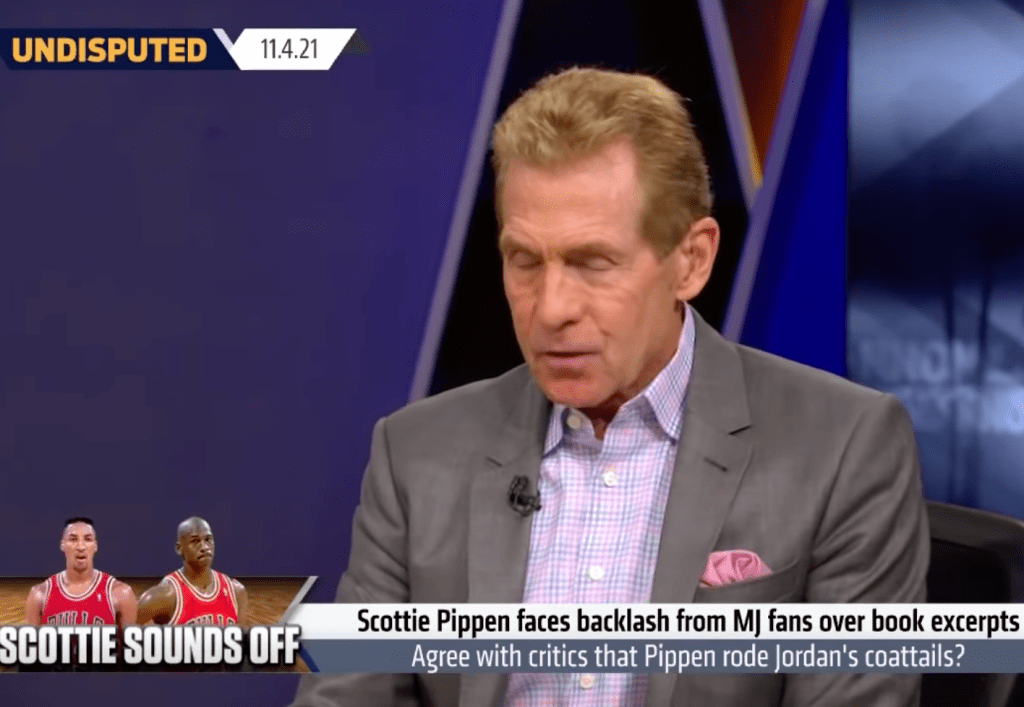 My Milky Way must be in Gatorade because I’ve found myself agreeing with both Stephen A. Smith and Skip Bayless on the same day, something that might’ve never happened before today.

In the video below, Skip Bayless states his case of why he believes Scottie Pippen is one of the most overrated players in NBA history. This isn’t anything new from Skip, he’s been railing against Pippen long before The Last Dance:

Scottie Pippen ranked 21st all time by ESPN? Absurd. This is partly a myth now fueled by LeBron lovers to discredit Jordan by attempting to say, "See, MJ had an al-time great co-star!" Pip was no more than a Robin who got exposed as 3rd wheel when he went to Houston and Portland.

But the renewed attacks against Scottie Pippen’s legacy come in the wake of Pippen questioning the purpose of The Last Dance documentary and questioninig the timing of Michael Jordan’s retirement after his father’s death. I’ll let Skip Bayless do the talking here since he’s the one who knew Scottie’s impact better than anyone:

Scottie was viewed within the Bulls organization as not the mentally toughest guy and definitely not a leader. He was mostly a product of Michael Jordan. There's no way Pippen is Top 50 if he were the alpha on another team. More @Undisputed, now on FS1 https://t.co/XTYSAVHFk9

My stance is this: history treats Scottie’s legacy as if Jordan couldn’t have done it without him and anyone with two working eyes knows that’s not true. Skip Bayless knows Jordan was the reason that team was incredible. I don’t think it’s unreasonable to say there were at least 5 players in the league back then who could’ve played Pippen’s position with Jordan and some of them could’ve done it better.

Scottie was a great player but he was really just MJ’s sidekick and that’s the reality even if the legacy has been overinflated.