Scottie Pippen Is Still Salty About ‘The Last Dance,’ Offers Theory About What The Purpose Of The Documentary Really Was 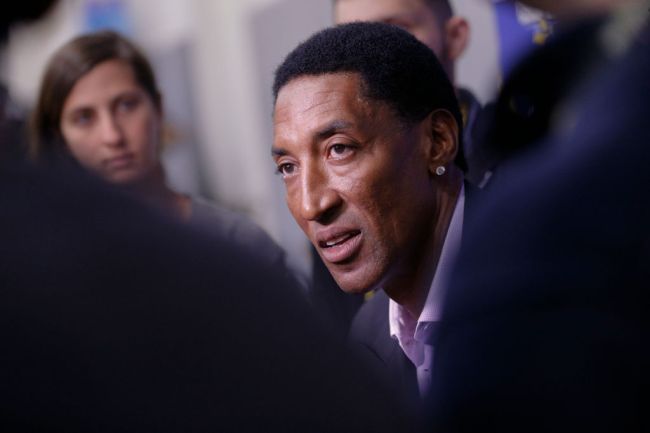 ‘The Last Dance’ premiered on April 19, 2020, well over a full year ago, yet Scottie Pippen is still voicing his frustrations about the documentary.

Shortly after the documentary aired, Pippen aired his grievances about the project and it was reported that he felt “wounded and disappointed by his portrayal” throughout the project. To be fair, the documentary detailed how Pippen was underpaid for his role on that Bulls team. On the other hand, during his appearances in the documentary, Pippen cam across as arrogant and entitled more often than not.

Simply put, Pippen seemed to want to play a bigger role in the 10-part documentary and wasn’t exactly thrilled with how everything played out.

In December of 2020, it was reported that Pippen did confront Jordan for the way he was portrayed throughout the documentary. He also called Phil Jackson racist while promoting his new book, Unguarded, back in June of this year.

You would think that as time has passed all of this would be in the rearview for Pippen, but that doesn’t seem to be the case at all. Pippen is still talking about ‘The Last Dance.’

While making the rounds promoting the release of his book on Nov. 9, Pippen spoke with GQ and took more shots at Jordan and the documentary.

Scottie Gets Honest About ‘The Last Dance’

“Each episode was the same: Michael on a pedestal, his teammates secondary, smaller, the message no different from when he referred to us back then as his “supporting cast.” From one season to the next, we received little or no credit whenever we won but the bulk of the criticism when we lost. Michael could shoot 6 for 24 from the field, commit 5 turnovers, and he was still, in the minds of the adoring press and public, the Errorless Jordan,” Pippen wrote.

Pippen Has A Theory About The Purpose Of The Documentary

He wasn’t finished there. Pippen also went ahead and presented his own theory about the actual purpose of the documentary, which in his opinion was to prove to the younger generation that he was better than LeBron James.

“Michael was determined to prove to the current generation of fans that he was larger-than-life during his day—and still larger than LeBron James, the player many consider his equal, if not superior. So Michael presented his story, not the story of the “Last Dance,” as our coach, Phil Jackson, billed the 1997–98 season once it became obvious the two Jerrys (owner Jerry Reinsdorf and general manager Jerry Krause) were intent on breaking up the gang no matter what happened.”

Pippen also confirmed to GQ that he had a text message conversation with Jordan after the documentary aired and let him know that he wasn’t happy with how things turned out.