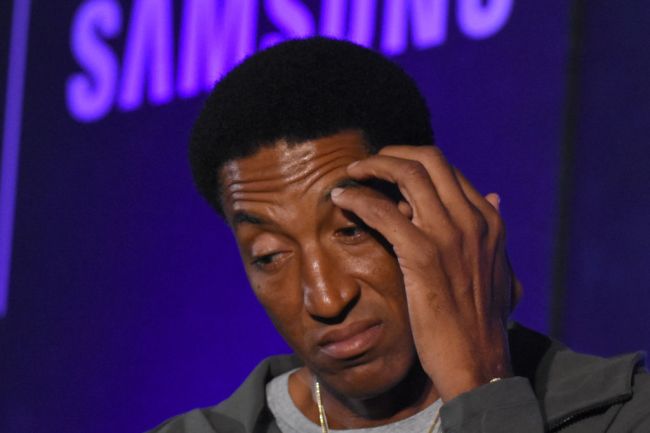 They say that one of the most grueling and devastating things in life is a parent having to bury their own son or daughter, a completely heartwrenching and unnatural agony. Scottie Pippen is living through that nightmare at this moment as he says goodbye to his oldest son Antron, who died on Sunday.

On Monday, the 55-year-old Chicago Bulls star made the announcement that Antron Pippen, who was only 33-years-old, had passed away. In an Instagram post, Scottie shared photos of him and his son, and said, “I’m heartbroken to share that yesterday, I said goodbye to my firstborn son Antron.”

The NBA star asked his Instagram followers to give well wishes to Antron’s mother, his ex-wife Karen McCollum, to whom he was married to from 1988 until 1990.

Here is the entire emotional message from a distraught Scottie Pippen saying farewell to his son Antron:

I’m heartbroken to share that yesterday, I said goodbye to my firstborn son Antron. The two of us shared a love for basketball and we had countless conversations about the game. Antron suffered from chronic asthma and if he hadn’t had it, I truly believe he would’ve made it to the NBA. He never let that get him down, though—Antron stayed positive and worked hard, and I am so proud of the man that he became. Please keep his mom, Karen, and all of his family and friends in your thoughts and prayers. A kind heart and beautiful soul gone way too soon. I love you, son, rest easy until we meet again.

Here are some basketball highlights of Antron Pippen.