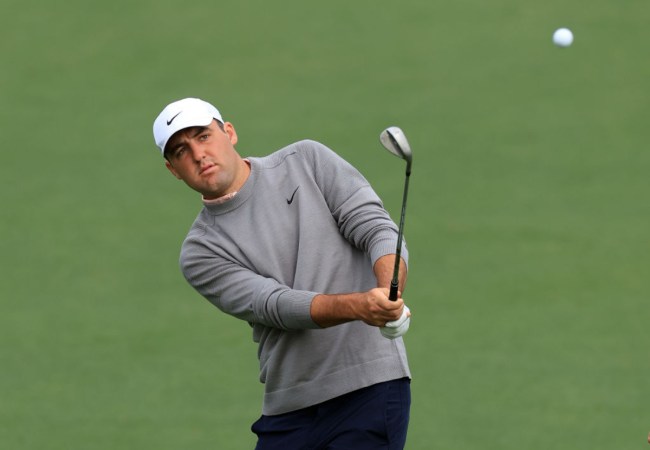 All 14 clubs were working well for Scottie Scheffler during his runaway win at the Masters back in April. It’s the only way you become a Masters champion, you have to have every club in the bag dialed, and Scheffler certainly did.

His winning set of clubs now just sits at 13, however, as he has to donate one of them to Augusta National after winning the green jacket.

Masters champions donating one club out of their bags is a tradition that dates back to the very first edition of the tournament back in 1934.

Scheffler has elected to give Augusta National his 60-degree lob-wedge, a club that certainly came in handy during his magical four-day run.

While Scheffler managed to hit 49-of-72 greens in regulation throughout the week, which was tied for fifth-most in the field, he relied on the lob-wedge to get out of some tough spots whenever he did miss the dance floor.

Scheffler told Jonathan Wall of GOLF that he excelled throughout the week with lob-wedge in hand. The grooves are pretty worn down, however, so giving the club to Augusta National shouldn’t sting too bad.

Scheffler gave the wedge a shoutout after his win: "If I was to pick one part of my game that excelled the most, I would say it was probably my lob-wedge."

While hanging with Scheffler this week at Royal Oaks, he told me the grooves are almost shot. Will be off to Augusta soon.

A few weeks prior to winning the Masters, Scheffler signed a deal with TaylorMade so it’s safe to say the Vokey wedges were on the way out of his bag anyway.

The Masters isn’t the only tournament that asks players to donate a club from their winning back. The Players has a long tradition of doing the same, and the clubs are displayed inside the clubhouse at TPC Sawgrass.