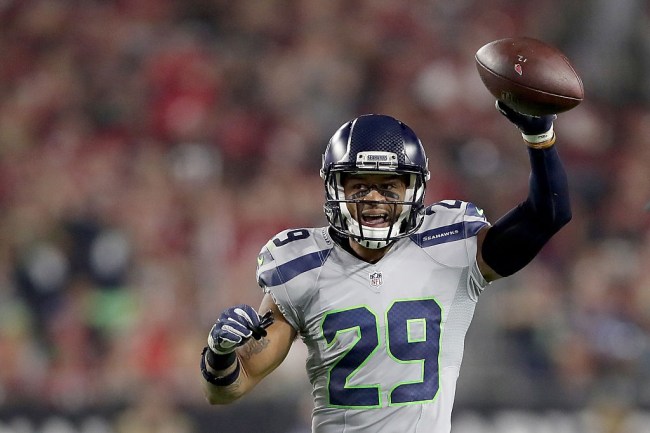 For the past few weeks, Seahawks safety Earl Thomas has been in awkward position when asked about his future with the team after his contract expires after this season.

Via The News Tribune.

Thomas, the three-time All-Pro safety, turns 29 in May. He is the only member of the Seahawks’ famed “Legion of Boom” secondary from the 2013 and ’14 Super Bowl seasons still healthy and playing. His contract also ends after the 2018 season.

When asked this past week about his future, Thomas said: “I know whoever gets me, I’m balling. That’s it. I know I’m hot.”

Priorities have indeed changed. Thomas got married last year. He and his wife Nina, his high-school sweetheart in Orange, Texas, five hours southeast of Dallas, have a young daughter, Kaleigh Rose. He wants to know where his next—and perhaps final NFL—contract is coming from, plus when, and for how much.

On Sunday after the Seahawks beat the Cowboys, Thomas greeted Cowboys coach Jason Garrett in the locker room and lobbied the Cowboys to sign him next season if they have the chance.

Earl Thomas runs to greet Jason Garrett, then as he walks into the COWBOYS lockerroom, he says, “If you have a chance to get me, come get me.” pic.twitter.com/N395wVU2Jz

Earl Thomas also added “time to come home” when he spoke to the Cowboys staff after the game. https://t.co/keY6w9B94y

This is weak. I’ve lost a lot of respect for Earl Thomas because of this quote. https://t.co/4kPApuds2I

When asked about the “come get me” comment, Thomas didn’t really take it back.

Earl Thomas: "I'm in the prime of my career. I still want to be here. But when Seattle kicks me to the curb, please Cowboys come get me. That's the only place I'd rather be." https://t.co/6xamiHYm6H

It doesn’t seem to cool to lobby to get on other team when you’re currently in the playoff hunt with your current team.