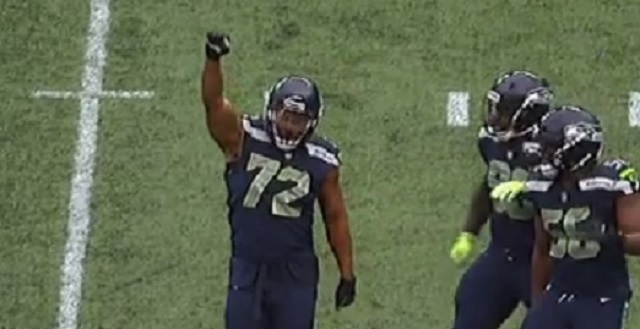 Before today’s Seahawks-Titans game, the Seattle Seahawks released a press release announcing that they were not going to participate in the national anthem because “they didn’t want to stand for injustice that has plagued people of color in this country”

As a team, we have decided we will not participate in the national anthem. We will not stand for the injustice that has plagued people of color in this country. Out of love for our country and in honor of the sacrifices made on our behalf, we unite to oppose those that would deny our most basic freedoms. We remain committed in continuing to work towards equality and justice for all

This is by far the strongest stance a team has taken since Donald Trump made his comments that NFL players who protested the anthem should be fired.