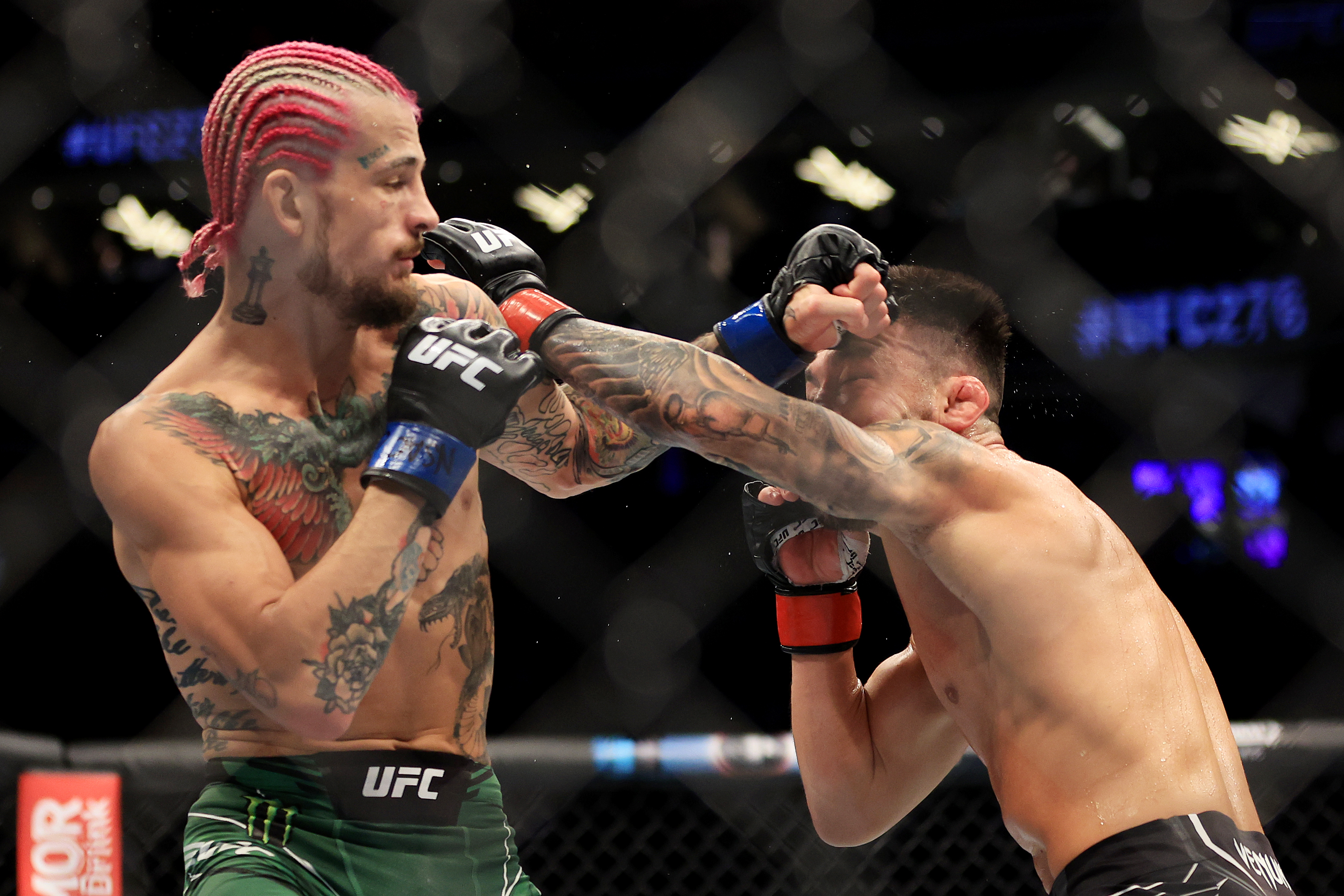 The UFC 276 PPV got off to an awkward start.

In the first fight of the main card, Sean O’Malley accidentally poked his opponent Pedro Munhoz in the eye in the second round.

Pedro Munhoz vs. Sean O'Malley was ruled a no contest after an unintentional eye poke at #UFC276 pic.twitter.com/hnk7UsST9Y

Munhoz told the fight doctor that he couldn’t continue, and fans booed the hell out of him. Fans on the Internet were not that much happier with Munhoz.

shit atleast take the full five fuckin minutes and try to recover. hes wantin a lucky decision aint he? he won round one so he just wanted out real quick i guess

DC fought after this, Pedro Munhoz gave up after that.

All eye see is quit. pic.twitter.com/DlX9Mcggvh

After the fight, O’Malley told the media he felt Munhoz was “100 percent” looking for a way out after the accidental poke.

“I’ll have to rewatch it, I was piecing him up, I didn’t get hit once…I was dominated that fight”