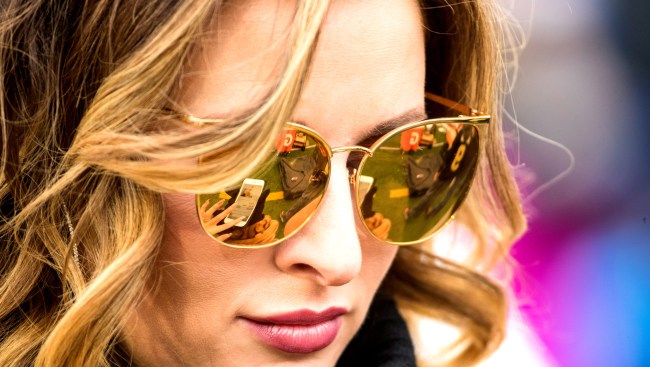 New Orleans Saints head coach Sean Payton may have had a no good, very bad day on Sunday when his squad inexplicably lost to the then 1-7 Atlanta Falcons 26 to 9, but the Friday preceding the game more than made up for it as he got engaged to former Miss West Virginia Skylene Montgomery.

Payton, 55, proposed to proposed to Montgomery, his longtime girlfriend, at a surprise party disguised as a celebration the 15th anniversary of the wedding of Saints owner Gayle Benson and her late husband, Tom Benson.

Gayle Benson was in on the ploy, giving Montgomery a fake invitation to the anniversary toast. The “toast” was, however, billed to friends and family as a surprise party in anticipation of Montgomery’s 35th birthday, which is Dec. 4.

“Skylene, I love you!” Payton said as a jam-packed crowd surrounded the couple. He then asked the former Miss West Virginia USA to marry him.

The party, held at the Longway Tavern in the French Quarter, was decorated with balloons and Montgomery and was greeted by guests shouting “Happy Birthday!”

#Saints coach Sean Payton proposed to his longtime girlfriend, Skylene Montgomery, at a private party at the Longway Tavern. pic.twitter.com/GGC4EJikmh

On Sunday, during a time out during the game, cameras zoomed in on Montgomery and showed her on the Mercedes-Benz Superdome jumbotron with the chyron “The Future Mrs. Skylene Payton.”

The Saints just gave a shoutout to the ‘future Mrs. Skylene Payton’ (Montgomery).

She was a good sport. Big cheers ⚜️ pic.twitter.com/wbXkdn8lcp

As far as what we know about Skylene Montgomery…

• She was an all-state softball and volleyball player in high school (and currently helps coach the the Bayou Sports Club-USA Club volleyball team).

• She graduated from Marshall University in 2007 with a degree in exercise physiology.

And now, she will be Sean Payton’s second wife. Congratulations to the happy couple!