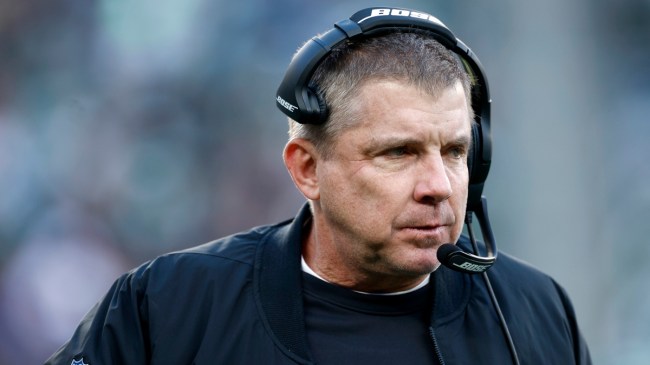 Rumors regarding Sean Payton have been all over the place since the regular season came to an end. After so much speculation, it sounds like things are cooling down.

Not because a team is closing in on hiring him, but because it sounds like Payton is now on the outs as a head coaching candidate.

According to Ian Rapoport, Sean Payton currently has no second-round interviews lined up. After a ton of interest from teams with vacant head coaching roles, nobody is bringing him back for another interview.

From NFL Now: As teams line up second interviews, former #Saints coach Sean Payton does not have one lined up. Will all the spots fill up? pic.twitter.com/HG5qCXR3g1

So, with that said, it’s looking like Payton will return as a sports analyst for the 2023 season. That is unless something drastic happens between now and the next couple of weeks. Many have speculated that there is a specific situation or team, that Sean Payton wants to coach. And perhaps that is true.

Rapoport begs the question if vacant jobs will start filling up. If that’s the case, then we should be seeing some hiring announcements soon. Fans of these teams have been on pins and needles waiting to see how the new head coach will be. So hopefully, they receive some answers soon.

Meanwhile, who really knows what Sean Payton’s next move will be? If he ends up not getting hired in this cycle, then he’ll very likely be a top candidate once again in 2024.