Sean Payton No Longer Appears To Be Favorite For One Job 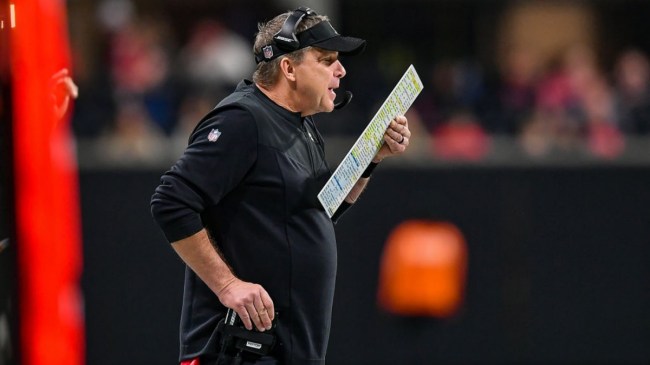 Since the NFl’s coaching carousel started spinning, there has been one name that has garnered much of the attention.

Football fans have been waiting to see what the future holds for Sean Payton.

For a while now, Payton has been linked to the Denver Broncos’ job and Jim Harbaugh heading back to Michigan made him seem like an even more likely option for the job.

Today, Colin Cowherd even reported that the Broncos had decided Payton was the coach they wanted to hire.

Unfortunately for Broncos fans, that report has since been debunked by Benjamin Albright.

Per source both of these claims are "completely false" https://t.co/zGM6fsDTk5

Interestingly, Cowherd highlighted the reasons why Payton might not be all that interested in heading to Denver.

Here’s the dilemma, according to an NFL exec, Denver’s got the best tradition, the new owners seem aggressive they’re willing to spend, but I think Russell Wilson is washed. And the lack of draft capital holding them back…

Recent reports have been making it seem less likely that Payton is going to be the next head coach for the Denver Broncos. In fact, one report even claimed that he isn’t their top choice right now.

Another report thinks it’s getting more likely that he’ll stick with broadcasting for another year and hope that a more appealing job materializes next year.

Latest update on Sean Payton: He completed his interview with CAR on Monday in Charlotte and will meet with ARI officials Thursday, as previously reported. His second meeting with DEN has been delayed.

IMO, the longer this goes, the likelihood of Payton staying at Fox increases.

It looks like even after months of speculation, we still aren’t all that close to learning what the future will actually hold for Sean Payton.