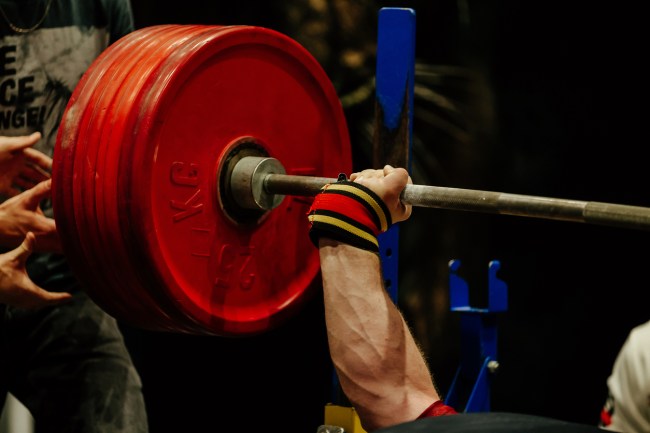 The NFL Combine is underway from Indianapolis and the top college football prospects are working to improve their stock prior to the NFL Draft. Outside of the 40-yard-dash, one of the most scrutinized drills is the bench press.

For running backs, wide receivers and skill positions, it is an opportunity to show off unexpected strength. For linemen, however, putting up big numbers on the bench press is not necessarily a good thing.

When you look at the top bench pressers of all-time, only former No. 11 overall pick Dontari Poe is of note. The other 12 names atop the list are players that either never made it in the league at all or never made a significant impact once making the NFL.

Top 10 combine benchers all time! Be honest how many have you heard of? pic.twitter.com/8m99T7LKGt

For a lineman, the ability to bench press 225 pounds 44 times is extremely impressive— but only on paper. It doesn’t necessarily translate to success on the field.

When it comes to a lineman, on either side of the ball, length is typically more important than strength. A combination of the two, of course, is what NFL coaches, scouts and front office staff are looking for.

With that being said, in most situations, length will win out over strength. As a result, bench press doesn’t really matter.

Payton explained that those who put up the most reps in the bench press typically have shorter arms. It’s easier to put the bar up with shorter arms.

Shorter arms does not translate to success on the gridiron.

This year, Boston College offensive lineman Zion Johnson won the bench press at the NFL Combine, but he only put up 32 reps, which is 12 less than the record. Ultimately, that’s a good thing.

He has the strength and the length, rather than having short arms and banging out reps.