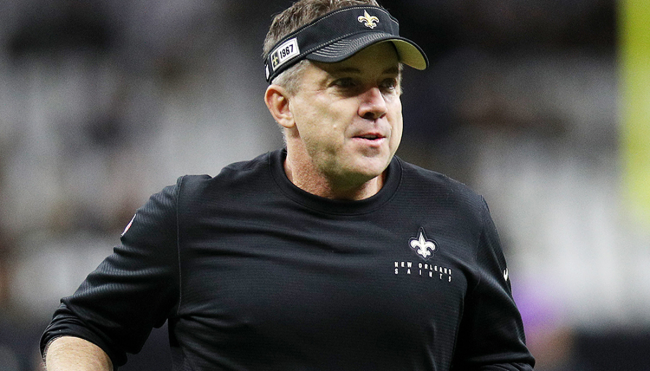 It’s been almost a decade since Sean Payton found himself single at the age of 47 after divorcing his wife of 20 years in the wake of the Bountygate scandal. After spending a few years living it up in the bachelor pad he purchased in New Orleans, the Saints head coach ultimately decided to settle down when he proposed to Skylene Montgomery in 2019.

#Saints coach Sean Payton proposed to his longtime girlfriend, Skylene Montgomery, at a private party at the Longway Tavern. pic.twitter.com/GGC4EJikmh

Skylene Montgomery getting recognized on the video board today.

Sean Payton proposed to her on Friday evening. pic.twitter.com/panpOq4iOo

After a year-and-a-half engagement, WDSU reports Payton is officially off the market as of last week, as he traveled down to Mexico to make things official with the woman who once held the title of Miss West Virginia in a ceremony that took place in Cabo San Lucas.

Montogomery looked predictably stunning, but her 57-year-old husband also managed to hold his own on the altar they shared with officiant (and former NBA player) Avery Johnson by rocking an outfit I believe kids these days refer to as a “drip.”

Payton made the bold decision to rock a white tuxedo and opted to tie the outfit together with a pair of Air Jordan 1s, which worked far better than I ever would’ve expected.

Congrats to the happy couple (and to Payton for pulling off that fit).