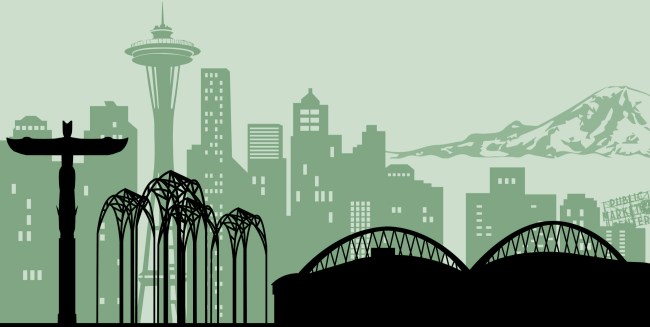 Seattle hasn’t even officially been granted a new NHL franchise and yet, thanks to Washington Governor Jay Inslee, fans already hate the team’s name.

It’s not that Seattle won’t be getting a new NHL franchise, the chances of that happening soon are very, very good.

Thrilled to share Seattle’s excitement for the @NHL with Commissioner Gary Bettman. We’re ready to bring back a team and the Stanley Cup. Ready for us @Canucks? pic.twitter.com/MVzGx5YV8i

It’s just, well, Governor Inslee might want to at least let the team officially become the NHL’s 32nd franchise before giving it a name. A bad name.

At a press conference regarding a possible high-speed rail between Seattle, Vancouver and Portland, Inslee let something slip about the city’s new NHL team, reports Q13 Fox…

“We cannot wait to get on a high-speed rail line to come up and have the greatest hockey rivalry in North American which is the Seattle Totems versus the Vancouver Canucks,” said Inslee.

Seattle did actually have a hockey team named the Seattle Totems which played in the WHL and CHL from 1944 and 1974 (they were called several different names including the Ironmen, Bombers and Americans prior 1958).

March 26 will mark 101 years since Seattle's lone Stanley Cup win as the Metropolitans. Interesting to hear Washington's governor drop Seattle Totems into an interview referenceing the new club – and it would be easy for them to just update the original jerseys. pic.twitter.com/dg2anCV4Kf

There is also currently a junior ice hockey team named the Seattle Totems playing in the Western States Hockey League. Surely, Inslee wasn’t talking about them, right? They don’t play the Canucks. That being said, fans sure do hope that Inslee was talking about the junior team, because they are definitely not down with the Totems as their NHL team’s name.

i'm not really a fan of the Seattle Totems name for all the obvious reasons. we don't need MORE culturally-questionable-at-best names.

Totems is awful even if it has a history there. Oak View has registered the following names & the only one I like a little bit is 'Seals'
Cougars
Eagles
Emeralds
Evergreens
Firebirds
Kraken
Rainiers
Renegades
Sea Lions
Seals
Sockeyes

I think we can do better than Seattle Totems…. 🤦🏼‍♂️

If it’s the Seattle Totems they should just preemptively move to Quebec and let us all off the hook https://t.co/wncHHTCvYp

here's easily the biggest and most explainable reason why "seattle totems" is a bad name: "seattle scrotums"

I don’t see any way they can’t possibly go with the Seattle Kraken. Just think of how much merchandise they would sell.