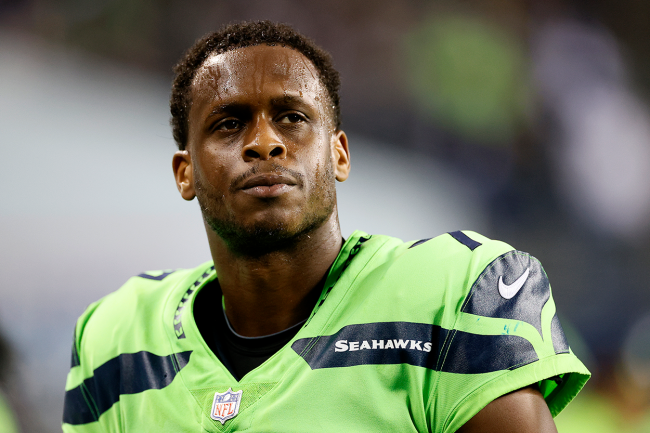 As things currently stand, the Seahawks have three options at quarterback. However, they might choose to add a fourth prior to the season.

Seattle traded away Russell Wilson during the offseason and received Drew Lock in return. It already had Geno Smith on the roster and it had claimed Jacob Eason off of waivers back in October.

That means that one of those three guys will be starting Week 1, barring unforeseen circumstances. It will either be the 25-year-old second rounder out of Missouri, the 31-year-old veteran who has spent time with the Jets, Giants and Chargers, or the 24-year-old, 6-foot-6 developmental project out of Washington. More than likely, it will be one of the first two.

And the Seahawks seem to be okay with that. Head coach Pete Carroll went so far as to (repeatedly) say that the team is in “great shape” at the position after minicamp earlier this week.

On Wednesday evening, the team posted a hilariously-timed tweet about its quarterback room. The Seahawks posted the official team photos of Smith, Lock and Eason with the caption “QBs.”

Meanwhile, in that exact moment, an unintentionally contradictory report from CBS Sports’ Josina Anderson began to pick up steam.

The report, despite what the team has said in front of closed doors, says that Seattle remains interested behind closed doors in acquiring Baker Mayfield. It says that the Seahawks are continuing to look into all of the details surrounding the frustrated Browns quarterback and what it might take to get him to the Pacific Northwest.

Perhaps the tweet was intentionally timed? Perhaps it was a statement? But it doesn’t seem that way. It appears to have been a rather funny coincidence.