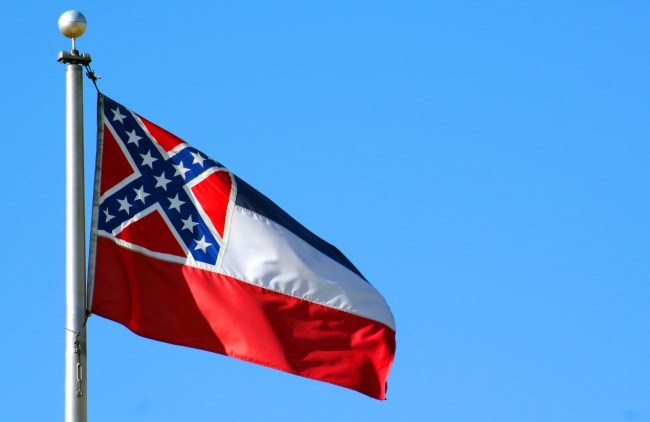 There aren’t many movies that have managed to illustrate what it’s like to be on the receiving end of a breakup better than Forgetting Sarah Marshall, and over the course of the film, a number of characters attempt to impart some wisdom upon Jason Segal’s character as he tries to get over the ex-girlfriend who just so happens to be staying at the same Hawaiian resort he decided to visit to try to clear his head.

The consummate surfer brah that Paul Rudd plays gives him some pretty solid guidance when he says the best way to deal with life giving you lemons is to say “‘Fuck the lemons’ and bail.” However, the best piece of advice he received came courtesy of Kemo, the Large Adult Pacific Islander who likened his plight to that of fans of The Sopranos who weren’t sure how to move on when it ended, saying, “It’s over. Find a new show.”

The Sopranos was on the air for eight years, which is twice as many as the Confederate States of America managed to last before getting canceled by the Union Army. Unlike that series, there’s not a single person on the planet who was alive when the Civil War went down, but for some reason, there’s a huge chunk of the population with an affinity for camo cargo shorts and lifted pickup trucks that still clings onto the heritage of a collection of states that seceded because they were mad they weren’t allowed to enslave people anymore.

Racial injustice in America has been a major topic of discussion in recent weeks and the Confederate flag has been the subject of renewed scrutiny as more and more people ask “Why the fuck is this still a thing?”

Earlier this month, Bubba Wallace urged NASCAR to ban the symbol at its events and the organization did exactly that shortly after—much to the chagrin of a driver (who has appropriately never won a single race) who announced he was quitting in protest.

Now, the SEC has decided to get in on the action, as commissioner Greg Sankey released a statement on Thursday and put Mississippi on notice by announcing it will not be allowed to host any conference championships in any sport until it removes the symbol of the Confederacy it opted to add to its state flag almost 30 years after the Civil War ended.

Shortly after, Mississippi State athletic director John Cohen issued a statement voicing support for the symbol’s removal while fairly noting the negative impact it could have on athletes at the school who had no say in the design of the flag because they weren’t alive in 1894.

Ole Miss echoed the sentiment and noted the flag hasn’t flown on university grounds since 2016:

“The University of Mississippi community concluded years ago that the Confederate battle flag did not represent many of our core values, such as civility and respect for others.

In 2016, the university stopped flying the state flag over our campus. Mississippi needs a flag that represents the qualities of our state that unite us, not those that still divide us. We support the SEC’s position for changing the Mississippi State flag to an image that is more welcoming and inclusive for all people.”

The school also decommissioned the archetypical plantation owner that served as its official mascot until 2003 but continues to drag its heels a bit when it comes to the whole “Rebels” thing.

Last week, a group of lawmakers in Mississippi introduced legislation to change the flag but it appears the state’s Lieutenant Governor thinks keeping the current one is a hill worth dying on so it’ll be interesting to see how this all plays out in the long run.