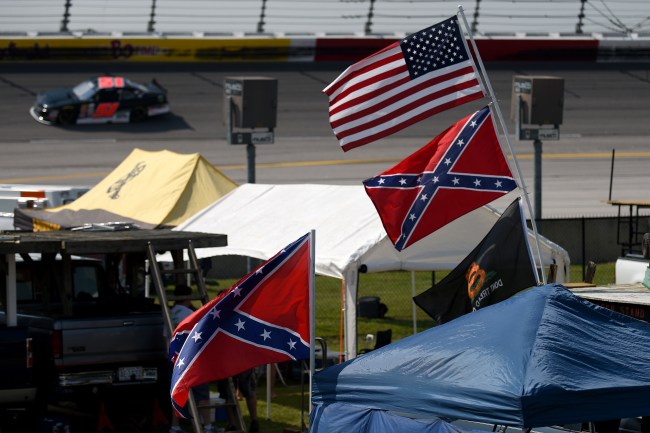 Nascar is making a major change in 2020 to create a more inclusive environment at their events.

Just two days ago Bubba Wallace asked Nascar to take a strong stance against the Confederate flag as protests against police brutality and racial inequality have swept across the country.

There’s going to be a lot of angry people that carry those flags proudly, but it’s time for change,” he said. “We have to change that, and I encourage NASCAR — we will have those conversations to remove those flags.”

“What I’m chasing is checkered flags, and that was kind of my narrative,” Wallace said, “but diving more into it and educating myself, people feel uncomfortable with that, people talk about that — that’s the first thing they bring up.”

“We should not be able to have an argument over that,” he said. “It is a thick line we cannot cross anymore.”

Nascar has listened to Wallace and announced that they will ban Confederate flags from all race tracks/events in 2020.

.@NASCAR announced in a statement that "the display of the confederate flag will be prohibited from all NASCAR events and properties." pic.twitter.com/s7qDwOaOvh

“The presence of the Confederate flag at NASCAR events runs contrary to our commitment to providing a welcoming and inclusive environment for all fans, our competitors and our industry. Bringing people together around a love for racing and the community that it creates is what makes our fans and sport special. The display of the Confederate flag will be prohibited from all NASCAR events and properties.”

It’s pretty wild that it took until 2020 for Nascar to remove the Confederate flag from their events. We’ll see how they go about enforcing it when fans are allowed into the stands next year.