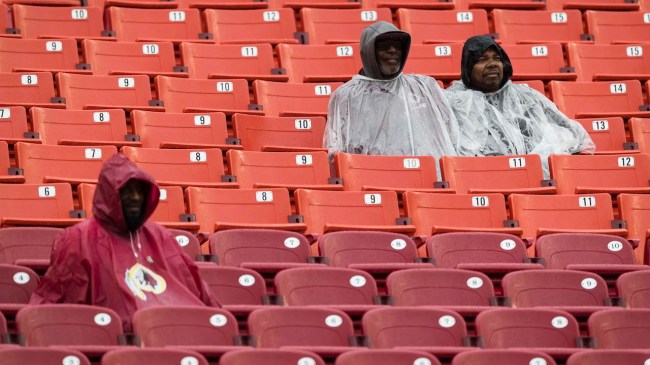 As a fan of the diseased New York Jets (I mean, quite literally, their nickname is Gang Green for fuck’s sake), I can truly relate to the desolate misery of being a Washington Redskins fan.

Shitty owners hiring incompetent coaches. A perpetual lack of a franchise quarterback. Embarrassing on-the-field buffoonery. Horrendous contracts. A general tone-deafness. These are all staples of a shitty NFL franchise and both the Jets and the Redskins have them in spades, which is merely a way to say that I stand with you, my faithful yet likely miserable Redskins brethren.

But of all the downtrodden Redskins fans I relate to, the ones I respect most are over at Harpers Ferry Brewing, who have recently introduced a beer called “Sell The Team”.

The beer, which is a 9.5 ABV double IPA, is an obvious shot at Washington Redskins Dan Snyder, who routinely ranks among the worst owners in American professional sports.

Harpers Ferry Brewing in Purcellville will release its “Sell the Team” double IPA, which it describes as “bitter and slightly disappointing like a day at FedEx field.”

Kyle Gabriel, a brewer at Harpers Ferry Brewing, tells Washingtonian that neither he nor his fellow brewer Jesse Powell are old enough to even remember when the team was good, but that they’re big Skins fans anyway.

The brewery, which Gabriel says offers splendid views of downtown Harpers Ferry, doesn’t yet have distribution in the DC area, but you can try the beer on site or bring in/buy a growler to enjoy it at home. [via The Washingtonian]

Gotta give it to these guys — if your favorite team is gonna suck, may as well try to make a profit off of it.