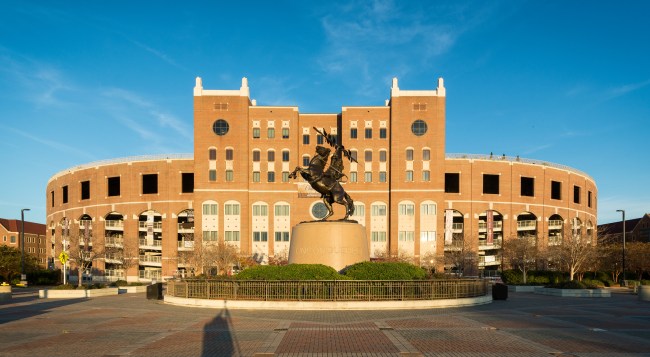 Former Memphis Tigers Football head coach Mike Norvell was announced as Florida State’s new head coach on December 8th with a 6-year contract that will pay him around $3.75 million each year. The Seminoles fired their previous coach Willie Taggart mid-season after my alma mater ‘Noles suffered another embarrassing loss to their rivals down south, the Miami Hurricanes.

From the MOMENT that Willie Taggart was fired in Tallahassee the rumors began to swirl on who the next head coach would be. Fans were throwing out names like Urban Meyer and Bob Stoops while tracking flights in and out of Tallahassee to try and track down who the ‘Noles might be interviewing.

Fans ran with the Bob Stoops theory from the very first time his name was mentioned. People went as far as to claim they’d spotted him in Tallahassee. Later, the rumor mill was set ablaze when FSU legend Deion Sanders threw his name in the mix. As a lifelong FSU fan who went on to graduate from the school, I had A LOT of interest in who our next coach would be but even I was exhausted by the nonstop chatter online (Twitter, Facebook, Reddit, Warchant, Tomahawk Nation, etc, etc).

At the center of the next head coaching hire was Florida State‘s Athletic Director David Coburn. He recently released some emails to the Tampa Bay Times, emails he’d received from rabid fans throughout the Bob Stoops and Deion Sanders rumors. One email included pictures of rhinoceroses taking huge shits so, yes, they are as deranged as you’d expect. Coburn said he was able to laugh throughout the entire process:

After the ridiculous rumors finally died last month with the hire of Mike Norvell, Seminoles athletic director David Coburn could finally admit that he kept his sense of humor through the senseless speculation.
“You have to, or you’d lose your mind,” Coburn said. “The emails … it’s amazing.”

Here are some of those emails excerpts that were published on the TBTimes. This one’s from Christopher W:

“I would like to reach out and say that if you guys are planning on hiring anyone besides of the following names of (Bob Stoops, James Franklin, Chris Petersen) you might as well shut down this football program!”

Or his follow-up four days later, after news broke that FSU was hiring Norvell away from Memphis. That email included 16 expletives and three pictures of defecating rhinoceroses. (via)

You really have to go out of your way to find multiple pictures of rhinos taking a dump. That’s not something you just have sitting on your phone.

This 52-year-old Canadian fan named Gino was all in on Stoops or Meyer:

“Wake up please and if you cant bring in Stoops or Myers you should be fired as President. … You cannot afford to not hire Stoops. If you cant get this deal done call me and let me negotiate for FSU. I will get Stoops or Myers myself I GUARANTEE that for the FSU fans and the University.” (via)

Anyone who realistically thought Urban Meyer was coming to FSU is out of their goddamn mind. It was never happening. No chance. No way. I cannot even fathom how anyone got wrapped up in those rumors but I don’t want to get stuck on that.

This one was in reference to Jeff Scott who would be hired as USF’s new head coach three days after thi email was sent:

“There are no guarantees in LIFE (other than taxes and death), let alone college football,” Delray Beach copywriter Keith Merritt wrote on Dec. 6. “But I truly believe that Jeff Scott would be incredibly successful, and I feel we would be foolish to not consider him as a serious candidate … PLEASE President Thrasher and Mr. Coburn, explore this possibility before burning more money on a coach like Mike Norvell!” (via)

You have to give it up for this fan who thinks Bob Stoops is some sort of failure. Keep in mind that Stoops’ Sooners beat FSU in the 2000 National Championship and during his 18 seasons at Oklahoma, Bob Stoops won 10 Big 12 Championships:

“At this point, we should swing for the fence and bring in a marquis winning coach,” Mark Holten wrote an hour after Taggart’s dismissal. “Bob Stoops is not that guy, he couldn’t win at OK and replacing him there was a good decision for the Sooners.” (via)

One fan who is described as the ‘most frequent emailer’ was initially against the Bob Stoops rumors saying that Bob would take FSU’s money and not work hard but he later changed his tune and claimed that ESPN was working against the Seminoles’ best interests:

The most frequent emailer, Steve Rodriguez, seemed initially skeptical of Stoops, too. He feared Stoops would “take your money and not work hard.” He didn’t like Minnesota’s P.J. Fleck, either (“odd rep and is from up north”), nor did he like Iowa State’s Matt Campbell (“Too young, coaches in a conference that has slow fat people other than Ohio State”).
But Rodriguez eventually warmed up to Stoops. He warned FSU’s administrators to act quickly, in part because of an unexplained conspiracy involving ESPN analyst Kirk Herbstreit and the SEC Network’s Paul Finebaum.
“Those criminals Finebaum and Herbstreit are working against you,” Rodriguez wrote, “so give Stoops the bank, then get him on the rubber chicken circuit raising money to cover his salary.” (via)

I don’t really have a point of comparison on whether or not other fanbases are as batshit crazy as the Seminoles fans are but I assume this is pretty much par for the course throughout the Southeastern United States.

As everyone knows by now, FSU eventually landed on Mike Norvell as their new head coach. He just led the Memphis Tigers to a 12-1 season which culminated in a 39-53 Cotton Bowl loss to Penn State. I’ve yet to see anyone with knowledge of Norvell and this hire have a single negative thing to say about him.

Obviously, we won’t know if he’s the right guy for the job for quite some time but contrary to when Willie Taggart left Oregon and Ducks fans couldn’t wait to get rid of him, everyone at Memphis is wishing this guy the best and thankful for his work. You love to see it.