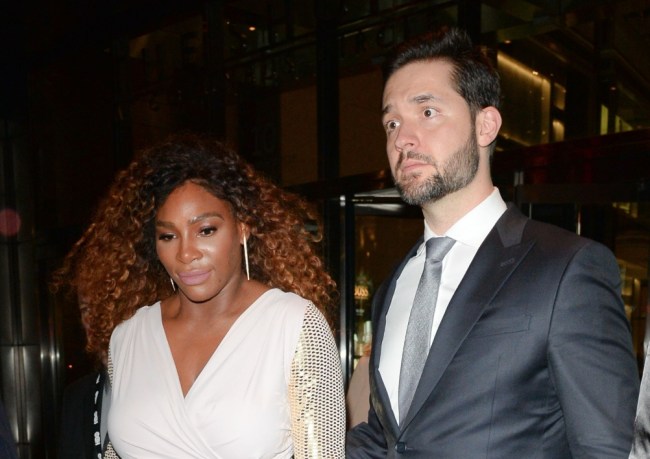 Pregnant women acquiring a stronger sense of smell and weird food cravings is normal, I mean, take it from a guy like me who hasn’t spent a lot of time around pregnant women and has no kids of his own.

You always hear about those things happening with pregnant women, so I’m just going to take the people for their word.

It turns out that Serena Williams acquired some strong sense of smell or at least a more sensitive nose during her own pregnancy.

The G.O.A.T. recently told reporters in Australia that she all of the sudden hated her husband and it was due to his smell.

“I just remember it was windy and being angry, hating my now husband,” she recalled to reporters in Australia, according to AFP.

“I was like ‘I can’t stand you and I don’t know why. Obviously, at the time, I didn’t know why either. It was like ‘there’s something about your smell, I don’t like your smell’. I was six weeks pregnant and had no idea.

So looking back it’s so surreal and crazy and now that I’m here, I have all these funny memories of being miserable.”

Imagine standing next to your then fiance, who just so happens to be one of the greatest female athletes ever, and she can’t stand being around you because of the way you smell. That my friends is a tough scene.

Maybe she can credit her 2017 Australian Open win, when she was seven to eight weeks pregnant at the time, because of her hatred for the way her husband smelled.

Williams is married to Alexis Ohanian who is a co-founder of Reddit and has a net worth of $70 million, so, there’s no way he smelled that bad, but who knows.

The two have a combined net worth of a cool $189 million. Life isn’t too bad for Williams, Ohanian, and daughter Alexis Olympia.