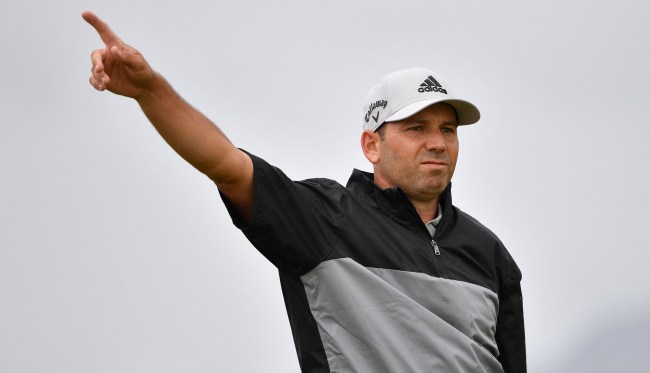 The inevitable occurred on the PGA Tour on Friday. After a seemingly flawless week at the Charles Schwab Challenge, the Tour’s first event back following a three-month hiatus, Nick Watney tested positive for the coronavirus ahead his second-round tee time at the RBC Heritage.

Watney was forced to withdraw from the tournament and will reportedly self-isolate in Hilton Head for the next 10-14 days with follow up tests. The Tour conducted a total of 11 tests among those that made close contact with Watney this week, including his two playing partners in round one, and all tests came back negative.

While it was only a matter of time until a PGA Tour player or essential staff member tested positive for the virus, Sergio Garcia was surprised that Watney was the player to do so.

During a post-round interview on Saturday, the Spaniard explained that Watney is one of the nicest guys on Tour and didn’t mince words when saying ‘there’s a lot of other people that probably deserved it a lot more than him.’

Sergio off the top rope pic.twitter.com/c8Ug3fzoiX

Garcia saying that a player was inevitably going to test positive and he feels that Watney was that person would have been a totally fine statement, but for some reason, his brain told him to continue to talk and make some wild claim about someone else ‘deserving’ to get the virus.

It’s clear that Garcia is a believer in karma and he firmly believes that karma struck the wrong person here. Nobody deserves to get the virus and there’s absolutely no way – at least I don’t think there is – that Garcia actually believes certain people deserve to get it over others, his brain and mouth had a spasm here, but holy hell is it a bad looking statement nevertheless.