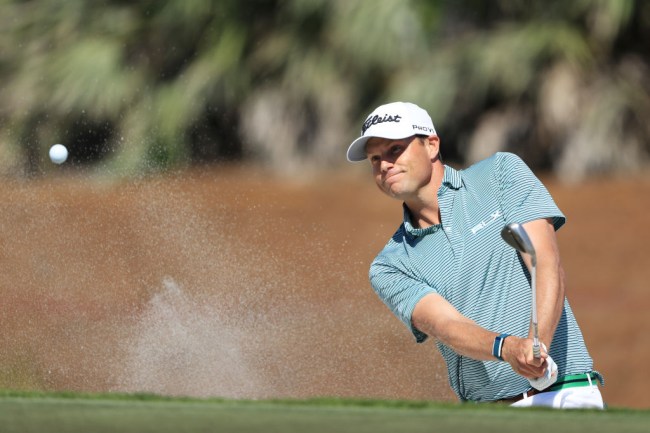 Nick Watney tested positive for the coronavirus prior to the second round of the RBC Heritage in Hilton Head and was forced to withdraw, according to the PGA Tour.

The Tour stated that Watney traveled privately to Hilton Head Island for the tournament and was not on the Tour’s provided charter flight and tested negative upon arrival at Harbour Town.

On Friday afternoon Nathan Hubbard, the CEO of Rival, was the first to report the news that a PGA Tour player had tested positive for the coronavirus. Then, Brian Wacker of Golf Digest tweeted that multiple sources have confirmed that a player has tested positive.

Breaking: a PGA player at the tournament has apparently tested positive for COVID-19.

Breaking: Multiple sources have confirmed a player on the PGA Tour has tested positive for COVID-19.

The Tour sent out a 37-page document to players and other officials on May 12 that laid out the health and safety measures that would be implemented. It reportedly stated that if someone does test positive, they will be required to self isolate for at least 10 days with no symptoms or two negative test results at least 24 hours apart. Players or caddies that test positive will not be allowed to participate in the tournament and if a player tests positive after making the cut they will receive the last place unofficial money.

A player testing positive was basically inevitable given the travel involved with the Tour. Now the Tour will have to stay on top of this entire situation as best it can and hope that this news doesn’t derail any events over the coming weeks.