PGA Tour’s Safety Procedures For Return Include Multiple Levels Of Testing, Chartered Flights And Players Staying In A Designated Hotel 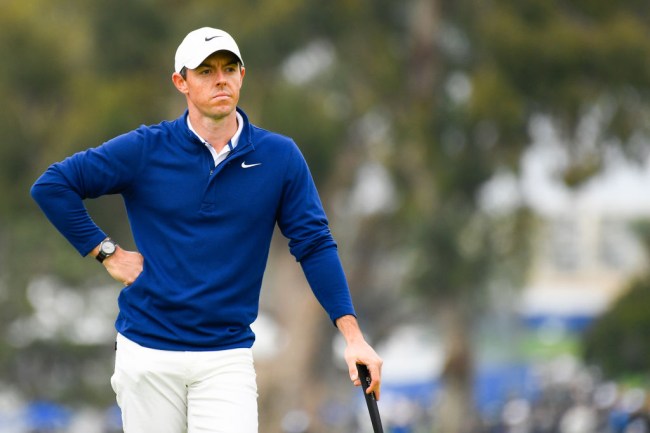 The PGA Tour is set to get back to action during the week of June 8-14 at the Charles Schwab Challenge in Fort Worth with fans not allowed to attend the first four events on the new-look schedule. The Tour has made it very clear that the health and safety of players, caddies, and everyone involved with the tournament is the No. 1 priority and now we know the specific safety procedures the Tour will enforce over the coming weeks.

Golf Digest obtained a 37-page document that was sent to players and other officials dated May 12 that lays out health and safety regulations that will be implemented beginning with the Charles Schwab Challenge.

Testing and thermal readings are at the forefront of the health and safety plans. Players and caddies will be tested before they travel to tournaments and upon arrival and will be required to complete a daily questionnaire and temperature test. The test results from nasal swabs will reportedly take at least 24-48 hours.

If someone does test positive, they will be required to self isolate for at least 10 days with no symptoms or two negative test results at least 24 hours apart. Players or caddies that test positive will not be allowed to participate in the tournament and if a player tests positive after making the cut they will receive the last place unofficial money.

The Tour will cover all costs for tests for players, caddies and essential staff.

One of the biggest concerns involved with sports returning is travel and how players will get from one place to another safely. The PGA Tour is set to provide a chartered flight from each tournament to the next with players and caddies required to submit to viral testing within 24 hours of departure. Only the passengers who test negative will be allowed on the chartered flight.

Players, caddies, and essential staff would then stay in a designated host hotel during the tournament to create a controlled environment. Having said that, exceptions such as RVs, rental homes that are approved by the Tour, or a player staying in his own home would be allowed.

When it comes to actual play, players and caddies will be encouraged to social distance with players urged to remove and replace their own clubs from their own bag as well as retrieve their ball from the hole. Caddies will then use sanitary wipes after using bunker rakes and touching any flagsticks.

The media will also be affected by the new guidelines with approximately only 40 media members permitted.

It will be an adjustment for players, caddies and essential personnel over the next few months, but the Tour seems to have every possible base covered with their safety and health procedures.

Related: New PGA Tour Schedule Sets Up An Unbelievable Stretch Of Golf Including 7 Majors In 11 Months