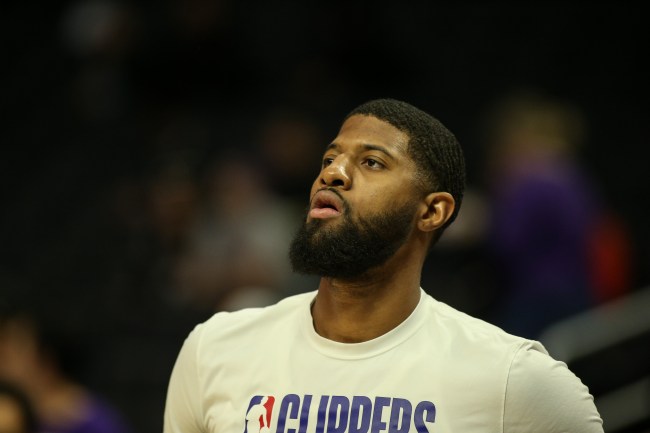 It seems like things are starting to get ugly in Clippers land.

After the team was eliminated from the playoffs last week, Clippers star Paul George said he believed the team needed more time together to resolve chemistry issues.

Clippers’ Paul George on title expectations after Game 7 loss to Nuggets: “The fact of the matter is we didn’t live up to that expectation. But I think internally we’ve always felt this is not a ‘championship or bust’ year for us. … We just didn’t have enough time together.” pic.twitter.com/4OwZu036S3

Unfortunately, it doesn’t seem like George’s teammates are interested in playing with him next year. According to The Athletic’s Shams Charania, several Clippers players rolled their eyes at George when he gave a speech about wanting everyone to come back to make another run at the title next season.

What's next for the Clippers after their shocking elimination?

In the postgame locker room Tuesday night, George was preaching to teammates to remain committed, for all the players to return to the team this offseason and stay ready to make another run. It was met by some eye rolls and bewilderment, sources said, because George did not back up his words with action in the series and the team has multiple free agents with decisions to make. George scored 10 points on 4 of 16 shooting and 2 of 11 from 3-point range in the Game 7 defeat.

Charania’s report comes just a few days after it was revealed that George had gotten into a heated argument with teammate Montrezl Harrell during game 2 against the Nuggets.

Montrezl Harrell and Paul George got into it in the 2nd quarter. per @ChrisBHaynes pic.twitter.com/z8jTNGocKf