NLCS Starter Logan Webb Has A Wild, Caffeine-Filled Pregame Routine And Giants Fans Are Joining Him 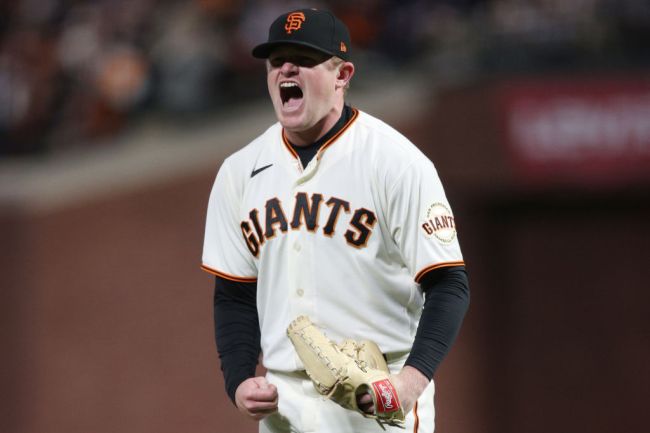 Giants pitcher Logan Webb is slated to make the most important start of his three-year MLB career tonight. The 24-year-old is set to take the bump for San Francisco in front of a home crowd during Game 5 of the NLDS against Los Angeles.

If Webb pitches well, the Giants are set up to advance to the NLCS for the first time since 2016. If not, his team’s season could come to a close.

Despite the pressure that is being placed entirely on his shoulders, Webb is staying call and sticking to his routine.

However, his pregame routine is different than most. He knows it’s not the healthiest, but it is one he can’t skip.

Before every single start, Webb drinks three Red Bulls. Not two, not four, but three.

He cracks his first Red Bull before he gets to the field, his second before he starts stretching, and the third as he finishes warmup pitches in the bullpen.

That’s 333 milligrams of caffeine in the span of just a few hours. And then Webb has to walk out to the mound, dial into a specific focus and deliver.

Somehow, he doesn’t get the jitters. It’s just part of what he does and always has.

Game 5 starter Logan Webb’s game day routine includes pounding 3 Red Bulls. “I love Red Bull. I started young, me and my brother. Don’t be mad at my mom and dad or anything.” #SFGiants #Dodgers #NLDS.

Webb spoke with the media ahead of his Game 5 start on Wednesday and admitted that he’s completely hooked. Even on days when he isn’t making the start, he’s getting his wings.

Sure, we've got #NLDS Game 5 tomorrow, but the most important revelation from #SFGiants workout today is that Logan Webb needs a @redbull sponsorship ASAP.

He said he drinks three Red Bulls on every day he starts, and has been doing it since travel ball as a kid pic.twitter.com/Em8GWa2GOg

In solidarity with Webb on Thursday, Giants fans plan to join him in his routine.

everyone has to have a Red Bull today for Logan Webb.

Good morning to @LoganWebb1053 and Logan Webb only. You know why? CAUSE ITS WEBB DAY BABY LETS GO.
Drinking a red Bull in your honor right meow sir. #ResilientSF

Will his Red Bull-fueled start fare in his favor on Thursday? First pitch is at 9:07pm ET.