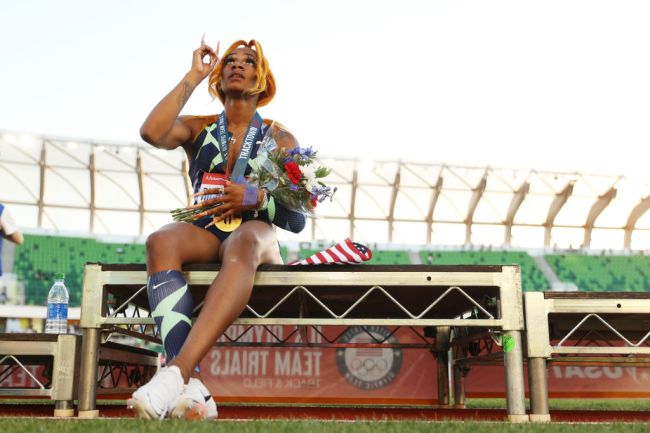 U.S. track and field star Sha’Carri Richardson is speaking out after it was revealed that her Olympic dreams are in jeopardy following a failed drug test.

On Thursday night we learned that Richardson received a 30-day suspension after testing positive for marijuana weeks before the start of the Olympics.

On Friday morning, Richardson went on the Today Show on NBC to talk about the positive test. According to Richardson, she ingested marijuana after a reporter had told her about the death of her biological mother after a race.

“That sent me in a state of mind, in a state of emotional panic, if anything,” she said. “During all that, I still, even though I’m here, I still have to go out and put on a performance for my dream.”

Richardson went on to apologize to her fans and haters while accepting responsibility for her positive test.

Sha’Carri Richardson apologizes to her “fans, family and the haters” over her failed drug test pic.twitter.com/s4c8nHekMv

Sha'Carri: “I want to take responsibility for my actions. I know what I did. I know what I'm supposed to do, (what) I'm allowed not to do and I still made that decision." https://t.co/cbv3mEu9IC


Richardson may be allowed to race in the 4×100 relay due to the fact the race takes place after her suspension but it’s unclear if she will do so.

Sha'Carri Richardson has accepted a one-month suspension after testing positive for marijuana, USADA confirms. She will miss the 100m in Tokyo. Unclear if she will be able to run the 4×100 relay, which will take place after her suspension expires.